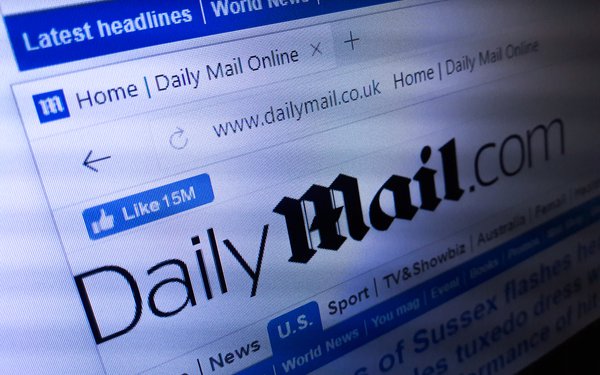 The Daily Mail’s owner — Associated Newspapers, and its U.S. unit, Mail Media — filed an antitrust suit against Google on Tuesday, alleging that the company punishes publishers in search rankings if they don’t sell enough advertising space through Google’s marketplace.

The publisher’s concerns come partly from its assessment that its coverage of the U.K.’s royal family in 2021 has been played down in Google’s search results, a spokesman for the publisher told The Wall Street Journal.

Ask a search engine marketing expert who optimizes content and they will say The Daily Mail needs help optimizing content, and the drop in ranking in Google search results has little or nothing to do with not selling enough advertising space through Google’s marketplace.

“Well, we'd all like our (free) high organic rankings to compete with (paid) Google ads,” wrote Aimclear Founder Marty Weintraub in an email to Search & Performance Marketing Daily. “I'd like a pony too. Waaa Waaa Waaa the royals are bumming. There are a ton of good SEO firms in the UK. Either invest in SEO, buy ads, or quit whining.”

As the WSJ points out, publishers have a complicated relationship with Google. While Google search remains a major source of web traffic for publishers, and most of the industry uses its platforms to sell ad space in advertising exchanges, more often than not the site visitor will type the publisher’s URL address into the engine and go directly to the site.

Publishers also have fought with Google to get paid for allowing content to serve in search engine results. Earlier this year, the Australian government set off a firestorm forcing Google, Facebook and others that aggregate news to pay up. Then in the U.S., the Journalism Competition and Preservation Act was introduced in March for the third time since 2018, according to ABC News.

The bill offers a four-year antitrust exemption to publishers so they can negotiate as a group for payment. The measure is intended to give publishers better leverage with the tech companies.

The lawsuit claims Google linked its search engine and ad-sales platform to put pressure on publishers, abusing its market power.

In 2019, the WSJ wrote that Google punished The Daily Mail in its search results after the publisher configured its online ad sales in a way that sent business away from Google. Then Google changed its technology to counteract that tactic and restored the Daily Mail’s normal search performance, the suit alleges.