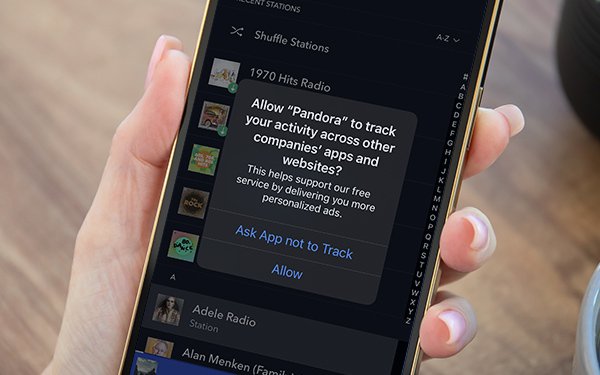 Privacy notifications tied to Apple's Identifier for Advertisers (IDFA), a random device identifier assigned by Apple to a user's device, officially launch this week, but some in the San Francisco Bay area have already had a glimpse.

No one can argue that the smartphone sits at the center of the digital universe, and many advertisers have used the device to reach consumers not only based on loyalty, but location and proximity.

“Location has become a surrogate for other things,” said Greg Sterling, Uberall vice president of market insights --  “location used for conquesting or finding people in a certain place who are in proximity to a physical store.”

Location data has become translated into audience data in the form of identity or intent, and that’s up for grabs with the rollout of Apple’s IDFA, he said, because no one really knows whether people will opt in.

Sterling has seen five notifications, while living in Northern California, and declined all.

One thing is certain -- a lot less data will become available to companies using programmatic advertising such as national retailers, rather than small local businesses.

There are a few companies like Ground Truth that have attempted to introduce small businesses into local advertising, but Apple’s IDFA, in terms of location, will affect the larger businesses and brands rather than small businesses, according to Sterling.

It will more strongly affect companies and agencies that use data for audience identification segmentation and attribution, such as the idea of being able to use an IDFA to store visit data, for example.

It’s too early to determine in the long term whether Apple’s IDFA will force brands and agencies to redistribute budgets for advertising.

Sterling described an interesting event he calls “pre-messaging to consumers.” It’s not widespread, but Facebook has talked about it.

They are tied to convincing people or selling them on the app prior to the actual notification rolling out, he said, where they talk about the benefits of opting in to tracking.