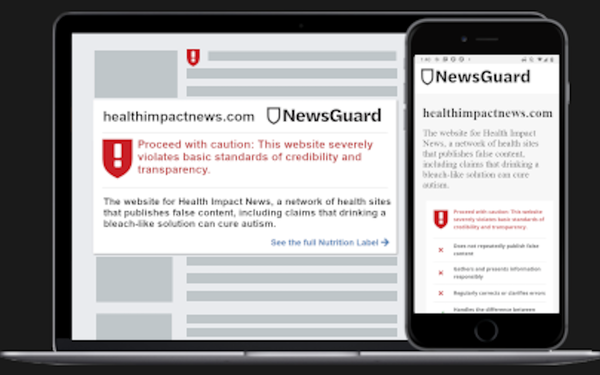 In response to advertisers voicing concerns about their ads showing up in fake news about the COVID-19 pandemic and other vital issues, seminal contextual ad-targeting platform GumGum has integrated a promising new ratings system to vet and weed out publishers that are most likely to be spreading it.

The deal, which was announced this morning by editorial content veracity rating service NewsGuard, comes after several of Madison Avenue's biggest holding companies, including IPG Mediabrands, Omnicom Media Group, and Publicis Media, have already endorsed NewsGuard's monitoring as a means of keeping their brands -- and consumers -- safe from misinformation and fake news reporting.

“We’ve always taken client safety very seriously at GumGum,” Chief Growth Officer Ben Plomion told MediaPost during an advance look at the integration. He said GumGum was approached nearly a year ago by advertisers who said they were concerned about their brands showing up in content spreading misinformation about the COVID-19 virus, treatments and vaccinations, and that the company began looking for “a higher level of protections for our clients.”

To date, Plomion estimates that about “1% to 2%” of the 1,200 premium news publishers in GumGum’s network have been impacted by the blacklist, but he noted that NewsGuard also has a means for publishers to reinstate its safety ratings.

Plomion said GumGum began informing advertisers about the new safety filtering over the past couple of weeks, and said it initially would only impact publishers and advertisers in the U.S. and the U.K.