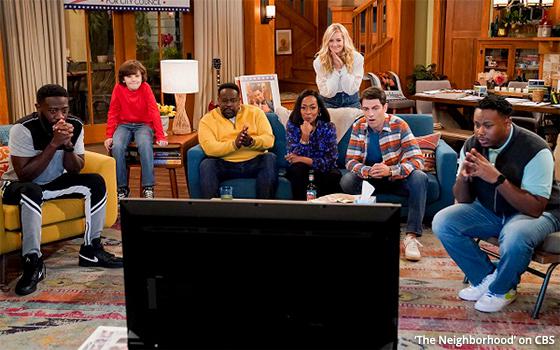 A year ago, there were no live, in-person upfronts -- just a television industry scrambling to do something, anything, at a time of year when they were long accustomed to staging huge upfront-presentation events before enthusiastic, live audiences at New York's most prestigious venues.

This year, there are still no live, in-person upfronts, but last year’s scramble -- which resulted from the onset of COVID-19 just two months earlier -- has been replaced this year by, lo and behold, actual upfronts, although still virtual.

Last year, at the outset of what would have been Upfront Week in New York, the week began (on Monday, May 11) with an event staged by NBCUniversal that reflected the then-new reliance on Zoom-like communications, with various NBCU execs addressing their unseen audience on web cams from their homes.

In its communications with the press, NBCU repeatedly emphasized that it did not consider this virtual event as an "upfront" and even requested that reporters and TV columnists refrain from referring to it as such.

Naturally, the always-agreeable TV Blog was only too happy to oblige. For the record, the official name of this event was "NBCU One Industry Update [not Upfront]."

The other majors held virtual events of their own. ViacomCBS, for example, did actually position its virtual presentation as an "upfront." It was called "ViacomCBS Upfront @ Home."

This year, however, all of the events this week are billed as "upfronts." They are still virtual, however, even if they are now timed to take place just as American life seems on the verge of opening up significantly following the Centers for Disease Control’s announcement last week that it was relaxing restrictions on the wearing of masks in public.

However, decisions about how to mount this year’s upfronts had to take place months ago in order to prepare for them.

That is a big difference compared to last year, when plans and preparations were already well underway for the live upfronts that had to suddenly be scrapped, and networks had very little time to redesign, reorganize or otherwise pivot in their preparations to sell advertisers virtually on their new shows.

This year, there has been plenty of time to produce these virtual upfront shows.

One might reasonably have high hopes for the quality of their production since, after all, producing compelling content for the small screen is what these companies excel at (or are supposed to excel at).

The TV Blog has been around long enough (having covered my first upfronts in 1986) to observe (obviously) that the upfronts are no longer a network television-only affair.

Clearly, the upfronts are about much more today than just those legacy networks. Today, they include basic cable networks, digital platforms (the networks’ own websites, for starters) and streaming services (the ones with tiers that carry ads, that is).

Fox (Monday afternoon) is still the closest thing we have to a standalone legacy TV network, although the ad-supported streaming service Fox owns -- Tubi -- will also be part of the Fox upfront.

The TV Blog plans to watch all of the above this week (plus Discovery’s upfront on Tuesday) -- and write about them -- from the comfort of my own home.

Having said that, I would gladly trade that convenience for the opportunity to actually leave the home office to attend these events in person.

Oh, well -- as many once said about the Brooklyn Dodgers, when they lost to the Yankees in the World Series: "Wait ’til next year."

Photo of "The Neighborhood" courtesy of CBS.