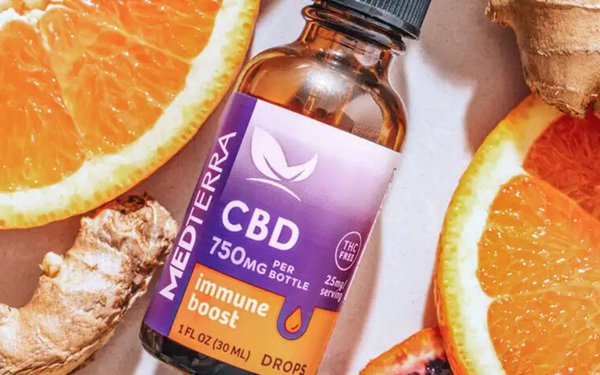 While CBD has a long way to go as a widely used standalone product, it’s increasingly finding its way into the wellness space.

At the federal level, the U.S. Food and Drug Administration has yet to issue regulatory guidance for the use of CBD in beverages and food—and isn’t expected to do so any time soon.

As a result, bills have been introduced in the House and Senate that would order the FDA to cut to the chase.

In the interim is a state-by-state, regulatory patchwork for CBD use in consumables and cosmetics.

At the consumer level, there’s still plenty of confusion and doubt about CBD.

When data provider Invisibly recently surveyed 1,087 adults, it found that 58% of respondents didn’t know the difference between CBD and products that contain the psychoactive compound THC.

Moreover, 53% of respondents indicated they would not consider using a CBD product for any reason.

Nonetheless, CBD is gaining awareness and inclusion in the wellness space, as noted by research from Brightfield Group.

So it comes as little surprise that some CBD brands have added functional ingredients to support health claims that—per current FDA policy—cannot be made about CBD alone.

“These additives further blur the line between whether CBD is an industry or an ingredient,” Brightfield Group concluded.

Some CBD companies are hedging their bets by adding new brands to their portfolio or creating a new line under an existing brand.

Just how convoluted state-by-state regulation of CBD can be is illuminated by California’s recently revised policy on inclusion of the substance in cosmetics like lotions and salves.

“Under the FDA’s policies, you can have a cosmetic that has CBD in certain contexts,” Griffen Thorne, an attorney at international law firm Harris Bricken, tells CPG FYI. “It just depends on how it’s advertised. If it’s advertised to have medical benefits, then it’s a problem.”

But in January, the California Department of Public Health posted a revised FAQ that, while not backed by a specific law, bans CBD in cosmetics—regardless of product claims—because it’s considered an “adulterant.”

So will CBD-infused cosmetics disappear from California store shelves?

CPG FYI posed this question to HempFusion and Sagely Naturals—which has agreed to be acquired by HempFusion—along with CVS Health, which sells Sagely topicals in California.

Neither HempFusion nor Sagely responded to our outreach. In an emailed statement, CVS said it is "actively evaluating the CDPH’s guidance in order to ensure that our CBD product offerings comply with applicable laws and regulations.”

According to Thorne, California is exploring two pieces of legislation that would “effectively legalize CBD in both cosmetics and consumable products.”