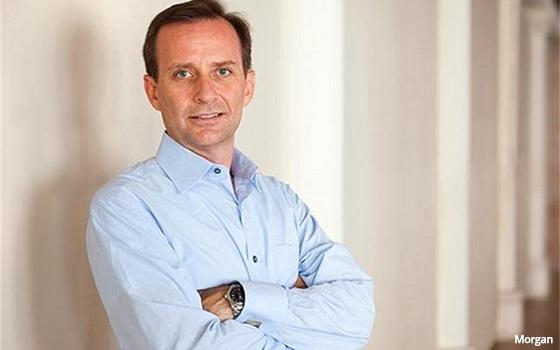 In an effort to target young video-gamers that have left linear TV in droves, Simulmedia -- the demand-side platform for linear TV, connected TV and games content -- has signed on 25 advertisers in a pilot-test of its new in-video game advertising platform, PlayerWON.

“There is going to be a lot of scale,” he says.

Simulmedia says PlayerWON’s potential reach, in placing ads on top free-to-play console/PC games, will total 50 million gamers under 35 years old by the end of the year.

This would be good news for younger-skewing TV-video marketers, as the under-35 demographic have departed linear TV platforms in droves over the last few years.

While there has been advertising on free mobile video games for some time, this hasn’t been the case for the “big screen” video games. “The opportunity is in the free-to-play game space,” says Dave Madden, executive vice president, gaming/OTT for Simulmedia.

One nagging problem for video-game owners, says Madden, is that “the vast majority of players aren’t spending a lot of money [on games].”

But yet, these players want stuff -- accessories for their virtual gaming screen players, rewards, or whatever. To test the sentiment of the players, Simulmedia’s launch polls to find out whether advertising connected to video games could bridge this gap.

“We ran surveys on Reddit, which is a discerning game audience,” says Madden. “Some 77% of gamers said they want the opportunity to choose the watch ads to get in-game rewards,”

Morgan says that on a Nielsen persons 2+ basis, this video-game under-35 group would yield an audience -- on a weekly basis -- around the size of a mid-tier cable network, like WarnerMedia’s truTV. “On an 18-49 basis, it would be similar to VH1,” he says.

Starting in the fourth quarter, Simulmedia's goal is to make two or three significant media agency deals for PlayerWON. “The big issue isn’t the negotiation, it’s the education,” says Morgan.

The Dave & Buster’s campaign, which started in early June and will run through August, has seen some positive results.

“We have gotten a strong reach number, and the view to completion rate is above 95%,” says Thornfield.  “So we feel pretty good about that.”

He adds that the company hasn’t yet produced any “tight attribution” data specific to the business level. The frequency of its messages over the length of the campaign was around two to three exposures per user.

Camelot Strategic Marketing & Media, Dave & Buster’s agency, sees video games feeding a need in the bigger media world. “TV among younger audiences is getting tougher to scale,” says Sam Bloom, CEO of Camelot. “We have had a lot of success with it, especially for clients with physical venues.”

For marketers, this video-game ad inventory is priced around a $50 CPM, the cost by thousand viewers. Morgan says this is a major discount to what could roughly be a $200 CPM for men 18-34 viewers on a traditional linear TV network, ranging from a $114 CPM on Adult Swim to ESPN at a $336 CPM.

Right now, all video-game associated ad messaging will run before a video-game play starts. This works well, since many users before game play wait for participants, competitors or team members to assemble.

Overall, advertising messages on video games -- 15-second or 30-second messages -- will total an average of around three minutes per hour. Two-to-three of these ad session periods would run in a two-hour period.

In return for watching these ads, video-game users will get rewards -- in terms of coin or tokens -- used to purchase accessories for virtual characters, including dress/skin, as well as to be used for extended play.

The key here is the sensitivity to the gamers. They can opt-in if they want to see advertising. “The approach wasn’t to sell the advertiser -- they knew they wanted this audience. It was to sell the gamer -- that you could do this in a way that was respectful,” says Morgan.

Simulmedia structured deals with video-game publishers and an ad-revenue share arrangement, with Simulmedia taking a “minority” part of those deals, according to Morgan.

“Nobody anywhere will give you a guarantee on 18-34s [on TV],” says Morgan. He says WarnerMedia’s Adult Swim was one of the last TV network programmers to offer a guarantee to marketers for 18-34.

He adds that former WarnerMedia (Turner) executive David Levy, now on the board of Simulmedia, was one of the first to suggest finding a way to build video-game inventory for marketers.

Simulmedia says LEK Consulting, which follows the industry, estimates the ad-supported video-game business could grow into a $3 billion to $5 billion market in five years.

Still, not everyone thinks this is a good idea. Electronic Arts, one of the bigger producers, has said in published reports that “we wanted to clarify that in-game advertising for console games is not something we're currently looking at, or have signed any agreements to implement.”

Others believe there is enormous potential.

Camelot’s Bloom says: “This a huge marketplace. There are all kinds of opportunities here. It’ll be akin to SVOD [subscription video-on-demand services] and AVOD [advertising video on demand] for all intents and purposes” -- so much so that he alludes to one of the biggest streaming/VOD companies looking to expand its video content into gaming, although not attached to an advertising component. “A validation is Netflix coming into the space... Not everyone is going to have the same business model.”