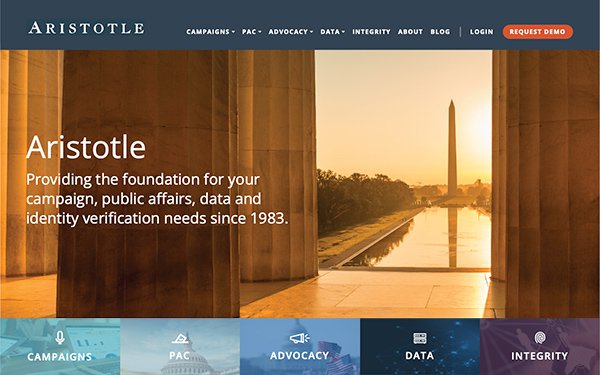 The Federal Trade Commission has removed Aristotle from the roster of self-regulatory organizations authorized to offer a “safe harbor” program that protects companies from enforcement actions brought under the Children's Online Privacy Protection Act.

“Operators of websites and online services that paid Aristotle fees to participate in its self-regulatory program can no longer receive favorable regulatory treatment,” the FTC stated Wednesday.

Aristotle notified the agency in June that it was withdrawing from the “safe harbor” program, the FTC said.

Aristotle's decision to withdraw move came after the FTC warned Aristotle over concerns that it “may not have sufficiently monitored its member companies to ensure they were complying with its guidelines.”

Aristotle failed to respond adequately to those concerns, according to the FTC. Aristotle CEO John Phillips says that only “two or three small clients” used its COPPA compliance service in recent years.

“With the small number of clients, and other parts of the company growing, we decided to wind down our COPPA program in June of this year,” he says, adding that FTC staff agreed, and also made that recommendation.

“At no time did we intentionally or disrespectfully not follow the COPPA standards,” he says. “And at no time in our communications with staff did they ever suggest this was the case.”

Aristotle was certified in 2012 as an authorized “safe harbor” provider that polices compliance with the Children's Online Privacy Protection Act.

That law prohibits website operators from knowingly collecting personal information -- including pseudonymous data used for ad targeting -- from children under 13, without parental permission.

Companies that comply with self-regulatory programs created by "safe harbor" providers have heightened protections from FTC prosecutions over violations of the children's privacy law.

Aristotle is the first company to be removed from the safe harbor roster, but the agency plans to examine other the other children's privacy compliance organizations, Samuel Levine, acting director of the FTC's Bureau of Consumer Protection, stated Wednesday.

“There is a clear conflict of interest when self-regulatory organizations are funded by the website operators and app developers they are supposed to police,” he stated.

“Children’s privacy advocates have complained for many years to the FTC about the failures of COPPA self regulation under the so called safe harbors,” he said Wednesday. “We finally have an FTC that is deeply concerned about protecting privacy online, including for children and families.”