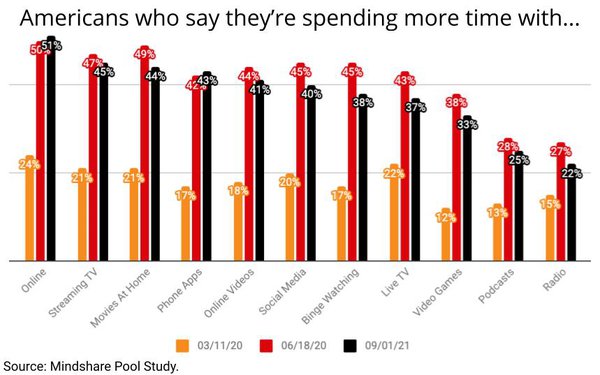 The percentage of Americans who report they are spending more time with various media than they did pre-pandemic remains high, but for the most part has fallen from the peak stay-at-home period last year, according to findings of Mindshare's ongoing COVID-19 tracking study.

The most recent wave - the 21st, and the first to begin going quarterly from monthly -- shows that half of Americans self-report using online media more than they did prior to the pandemic.

While self-reported, the data indicates that Americans continue to perceive their overall media consumption to be expanding, especially for digital and on-demand media options.