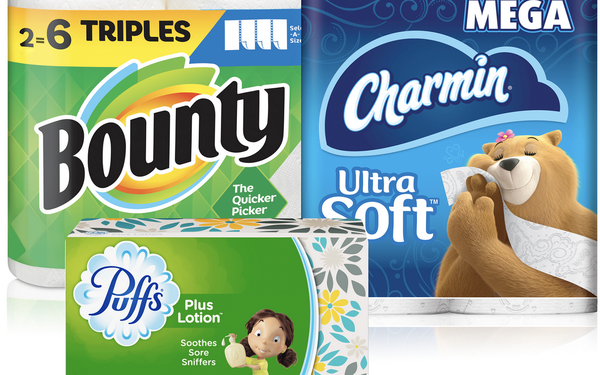 But first, a note to self: Don’t skip covering Procter & Gamble’s second quarter earnings report on Jan. 19, as I did with P&G’s first quarter earnings in October -- since I’ve now learned that August’s story on the company’s annual earnings was Marketing Daily’s second-most read article of 2021 (and topped my own list, of course).

The huge readership was likely because P&G’s outgoing CEO David Taylor directly tied major sales gains to major marketing spending, and our readers apparently like seeing ad dollars get spent, in this case to a whopping $8.18 billion.

That August article pointed out that linear TV ad spending on hard seltzer had already risen to $150.1 million for the year, per iSpot.tv. And, as we chronicled recently, that figure for all media rose to $237.8 million through October, per MediaRadar.

So, with hard seltzer ad spending increasing even as sales lag, it's no surprise that September’s “Coke/Pepsi Set For Hard Seltzer Showdown In Early 2022” became Marketing Daily’s second most-read story of the year. After all, who can resist this upcoming battle between Coca-Cola’s Topo Chico Hard Seltzer, soon to go national, and PepsiCo’s Hard Mtn Dew, soon to launch?

In an overdue clarification, though, we must point out to you -- as Gerry Khermouch of Beverage Business Insights did to us -- that Hard Mtn Dew is technically a hard soda, not a hard seltzer (something to do with being sugar-based rather than malt-based).

Pepsi will market Hard Mtn Dew under a partnership with Boston Beer, which does have a true hard seltzer -- Truly -- under its belt.

And one of this year’s Truly stories – about a campaign titled “No One Is Just One Flavor” – was my no. 10 most-read.

I tend to think this had more to do with the presence of pop star Dua Lipa than with the campaign itself, since several of my other popular stories in 2021 also involved celebrities -- from Elizabeth Banks buying into Archer Roose canned wines (no. 8); to Patron Tequila with a trio of Latina songstresses (no. 3); to LeBron James and Bugs Bunny taking over Candy Crush in a mash-up with “Space Jam: A New Legacy”  (no. 9).

In addition to that Warner Bros. movie, other screen entertainment also loomed large in the list.

A June story about HBO Max and Hulu launching experiential outdoor events (no. 5) in New York City undoubtedly benefited from its then-current theme of Americans exiting pandemic isolation, while a July story (no. 6) relayed how Grey Goose and Maker’s Mark had launched branded video talk shows.

If you’ve been counting and wondering why I have only mentioned nine stories, you’re right. I just couldn’t figure out why “Kahlua Stirs It Up With Routine-Busting Spots, Espresso Martinis” made no. 4 on the list.  It’s got no dollar figures, no celebrities, no movies, no TV shows.

Could it be that readers were all astir over the creative media campaign and sweepstakes that I wrote about?

Or perhaps, like me, who could resist Kahlua or an espresso martini on a chilly November day?