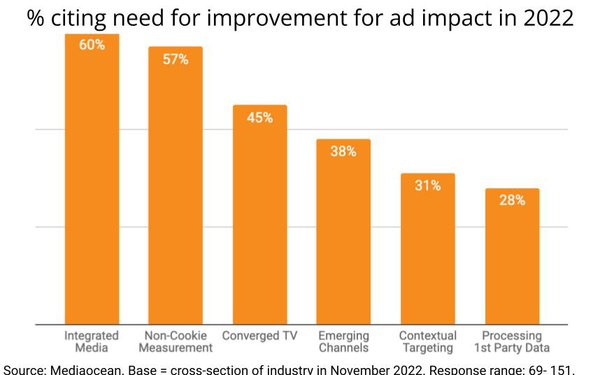 Cross-platform, integrated media issues this year will continue to drive the biggest changes, according to the majority of media-selling and buying executives in a recent survey by media-buying and planning platform Mediaocean.

Sixty percent of the more than 250 media executives surveyed say “improvements in integrated media/execution” will be the “most impactful,” closely followed by 57% who believe “measurement improvement on non-cookie methods” will force the biggest shifts in the business.

Twenty-four percent of execs said their CTV investment would remain the same, while nearly 60% said they are “somewhat concerned” about CTV fraud and viewability.

Analysts have long been concerned about limitations on the amount of CTV ad avails.