New Bill Would Outlaw Most Forms Of Behavioral Targeting 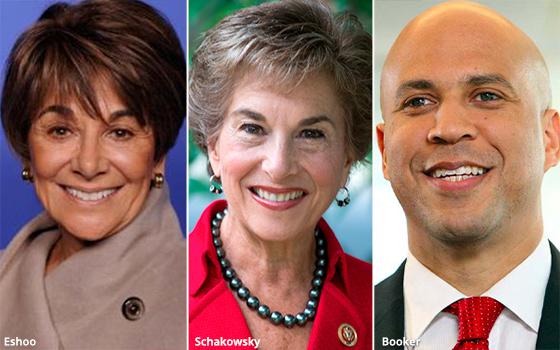 Three Democratic lawmakers on Tuesday introduced a privacy bill that would restrict companies from using a broad range of data for ad-targeting purposes.

“The ‘surveillance advertising’ business model is premised on the unseemly collection and hoarding of personal data to enable ad targeting,” Eshoo stated Tuesday. “This pernicious practice allows online platforms to chase user engagement at great cost to our society, and it fuels disinformation, discrimination, voter suppression, privacy abuses, and so many other harms.

The proposed law differs from many other privacy bills that have been introduced -- which typically either require companies to obtain consumers' consent before using their data for targeting, or allow consumers to opt out of behavioral targeting.

Privacy watchdogs including Accountable Tech, the Center for Digital Democracy and Electronic Privacy Information Center are backing the new bill.

The new proposal comes nearly one year after Eshoo told Facebook CEO Mark Zuckerberg that she and Schakowsky were preparing legislation that would ban the “surveillance advertising” business model.

The measure would still allow companies to target ads contextually -- meaning based on the material displayed on the same page as the ad. But the bill would prohibit companies from using data associated with those ads for additional targeting. The measure would also allow for some forms of location-targeting, but only within a relatively large geographic area -- such as a state, city, designated market area or congressional district.

In addition, the bill would prohibit any targeting based on information (or perceived information) about people's race, national origin, religion, sex, disability and other protected statuses.

A separate provision would allow advertisers to upload customer lists to marketing platforms like Facebook -- as long as those lists were based on the advertisers' first-party data, and not compiled based on race, religion or other protected statuses.

Facebook (or other platforms) would then be able to serve ads to people on those lists, but wouldn't be able to combine information about those users with other data.

The Federal Trade Commission and state attorneys general would be able to prosecute violators, and consumers would also be able to sue for damages of up to $5,000 per violation.