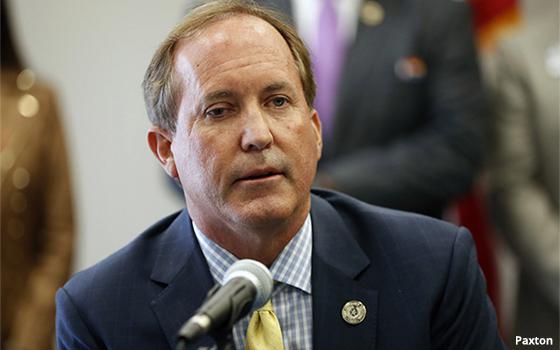 Texas Attorney General Ken Paxton, among the most vocal Big Tech critics, on Monday sued Facebook-parent Meta over its prior use of facial recognition technology.

“For over a decade, while holding itself out as a trusted meeting place for Texans to connect and share special moments with family and friends, Facebook was secretly capturing, disclosing, unlawfully retaining -- and profiting off of -- Texans' most personal and highly sensitive information: records of their facial geometries,” Paxton alleges in a complaint filed Monday in Harrison County District Court.

Paxton alleges that Facebook violated a privacy law in Texas -- which is one of the small number of states that regulate the collection of faceprints and other biometric data. Among other provisions, that measure, the “Capture of Use of Biometric Identifier Act,” requires companies to notify people about the collection of biometric identifiers -- such as faceprints, retina scans and voiceprints -- and obtain their consent.

That law can only be enforced by the attorney general, and provides for penalties of up to $25,000 per violation.

Paxton also claims in the complaint that Facebook violated a Texas law regarding deceptive business practices.

“Facebook will no longer take advantage of people and their children with the intent to turn a profit at the expense of one’s safety and well-being,” Paxton stated Monday.

A Meta spokesperson said Monday: "These claims are without merit and we will defend ourselves vigorously.”

The feature provoked criticism when first introduced, with PC World writing that facial recognition technology “will be the end of privacy as we know it.”

Several years later, Illinois residents brought a class-action complaint against Facebook for allegedly violating a state biometrics privacy law by creating a database of faceprints. The Illinois law, unlike the one in Texas, empowers private citizens to sue for up to $5,000 in damages. Facebook eventually agreed to settle the case for $650 million.

Paxton's lawsuit against Meta marks at least the third time this year he has filed suit against a Silicon Valley company. Last month, Paxton sued Google for allegedly deceiving consumers about its practices regarding the collection and use of location data, and for allegedly arranging for radio personalities who hadn't used the Pixel 4 phone to endorse it.

Paxton is also leading a multi-state antitrust lawsuit against Google.