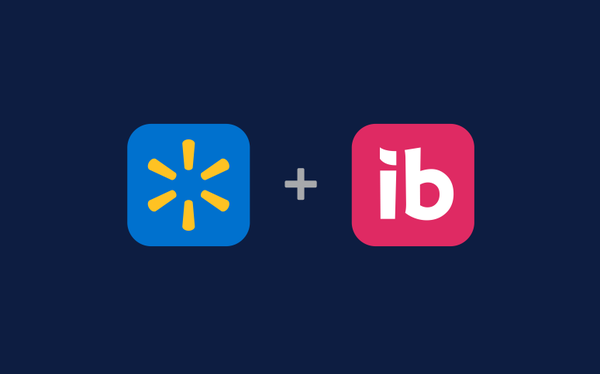 Advertisers will soon have the ability to reach Walmart shoppers through the Ibotta Performance Network (IPN).

Walmart teamed up with Ibotta to create a cashback and customer rewards program. The multiyear agreement, announced in June 2021, rolls out this summer. The network took about 1.5 years to build.

The rewards program will create digital offers on Walmart.com and the Walmart app, where customers can access hundreds of cash rebates.

“We’re pushing all of our capabilities to large numbers of publishers like Walmart, which soon will launch its rewards program,” said Bryan Leach, CEO at Ibotta.

The partnership will enable Walmart customers to save on Walmart.com and the Walmart app.

Leach said the vision is to create a system in which searches on Google will link to cashback offers, providing a list of where the consumer can find the item at a discount. The goal is for the IPN to deliver cash rebates across large third-party sites including social media networks, recipe sites and other platforms.

When a brand runs a display ad on Google or Facebook, rather than the need for the ad to link to a brand's website, it will link to the offer on the Walmart or the Kroger website, for example, but it will give the consumer the choice of retailers or sites.

"It can work for any manufacturer," he said. "If you make apparel, lipstick, mountain bikes sold through Walmart, Target, or Kroger, it works for you. It doesn't really work for retailers."

It would also work for the automotive industry, said Leach -- as well as for any product carried within another environment. The company began with fast-moving goods.

Ibotta also works with Coca-Cola, Unilever, General Mills, Procter & Gamble, Rite Aid, but publishers, in theory, that want to host Ibotta’s content such as Tasty, Buzzfeed, and Google could also do so.

Apparel, electronics, and home-improvement companies are also on the list, giving each a performance-marketing alternative aside from regular media buys.

Ibotta sources content from thousands of brands. Through its API, the company pushes out the content across its network to the Kroger, Walmart, and other publisher websites.

The cashback rewards are on purchases from more than 2,700 leading brands and retail partners.

The company uses a pay-per-sale or cost-per-action model. “If you sell a million units of your shampoo, we have a pre-negotiated price per units sold, and do not change for impressions or clicks,” said Leach. “We’re charging at the bottom of the funnel and tracking everything out to an item-level purchase across every major retailer.”

The company began with an app, which now has about 13 million active users and nearly 50 million downloads. Then it built IPN as a one-stop omnichannel platform that allows advertisers to reach consumers throughout their shopping journey and improve performance across marketing channels.

The network -- which reaches about 120 million consumers through partnerships like Walmart -- powers rewards across retailer websites, content publishers and social networks along with the Ibotta app, website and browser extension.

“This is the first time we’ve gone after true media dollars, where it used to be promotion dollars,” he said. “This is a much more efficient way to buy media -- a performance-based model.”