Nextdoor Influencers: 71% Of Users Have Shared A Business Recommendation 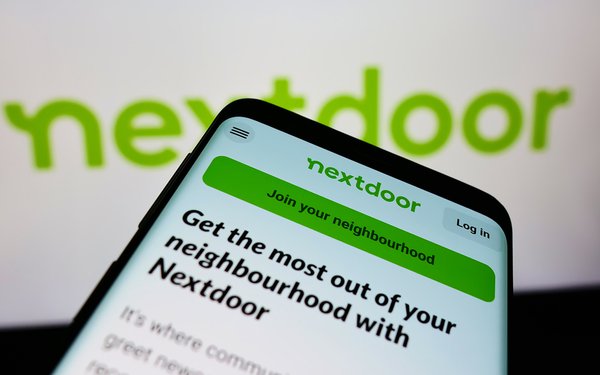 Nextdoor neighbors have become influencers as the platform grows, according to internal data, so the company launched an in-house sales marketing team to support advertisers.

The data released Thursday shows recommendations from neighbors drive higher purchase decisions — more than some might think. Nextdoor on Thursday released data on the value of those endorsements during Small Business Week.

The company also introduced Nextdoor Create, an in-house sales marketing team focused on leveraging the power of the neighborhood to drive local connections between people and brands.

The team uses neighborhood data to educate and inspire advertisers, as well as develop more collaborative projects like Make Every Block Better launched with H&R Block, the Treat Map launched with Party City, and the COVID-19 Vaccine Map launched with Albertsons Companies and Moderna.

“Small businesses generally make up a good portion of the neighborhood,” said Heidi Andersen, Nextdoor’s head of revenue, adding that chatter on the platform between neighbors clearly identifies a need for neighborhood businesses.

Nextdoor supports 98% of neighborhoods in the United States, with about 69 million neighbors on the platform or 285,000 neighborhoods globally. About 90% of users are located in cities, with 89% in suburbs and 89% in rural communities who value neighbor recommendations.

Some 78% of parents with children at home say they value neighbor recommendations. That number jumps to 89% for parents on Nextdoor.

About 72% are impacted by what their neighbors use when considering home security purchases.

The Insights also examined how Nextdoor users view brands and potential big-ticket purchases. When considering auto purchases, 66% of neighbors confirmed they are influenced by what neighbors drive. About 20% say they would like a luxury electric vehicle, with neighbors in Vermont and Oregon expressing the most interest.

Neighbors also revealed more aspirational options. If money were no object, the favorite car manufacturers would include Chevy, Ford and Ferrari.

When making purchasing decisions for products or services, 92% of users said they are influenced by previous use, while 84% cited a neighbor recommendation, 83% pointed to seeing use by a neighbor, and 55% cited advertising.