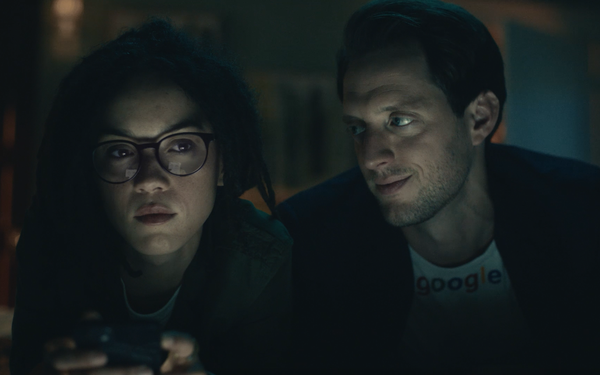 DuckDuckGo launched a national television and radio campaign Tuesday, using the Police’s iconic song “Every Breath You Take” as the theme.

Gabriel Weinberg, DuckDuckGo Founder and CEO. chose the song to anchor the ad because he believes the original lyrics reflect the way many people feel about using the internet today -- like everything they do is being watched and mined for data.

Tracker Radar data suggests the feeling of being watched isn't just a feeling. Google trackers are embedded in 79.2% of the top 75,000 websites across the internet, giving the company the ability to watch almost everything a person does online.

The campaign, Watching You, showcases daily moments where Google and other companies slip into the privacy of consumers online. It highlights how easy it is for anyone to take back their privacy with DuckDuckGo's search and browser options.

In the 30-second TV ad, a man with a t-shirt that reads “google” looks over the shoulder of those searching and browsing the web, singing “Every search you make. Every click you take. I’ll be watching you” to the tune of "Every Breath You Take.”

Creeped out by the constant surveillance, the characters switch to DuckDuckGo, yanking the “creepy executive” off the screen as they regain their privacy.

The TV ad will run nationally, locally in 175 designated market areas (DMAs), on streaming platforms like Roku and Paramount+, in primetime and during Major League Baseball (MLB) games and the National Basketball Association (NBA) playoffs.

On radio, the ad will air coast to coast on more than 5,000 stations, SiriusXM, and streaming platforms.

The initial concept for the ad was developed by creative agency Mirimar. The television ad was produced by Partizan and directed by Jonathan Klein.

Watching You from DuckDuckGo on Vimeo.