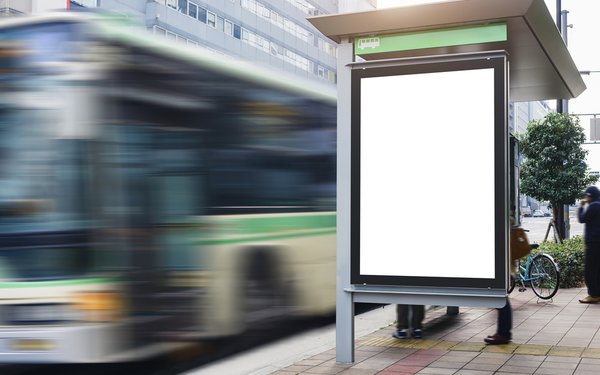 The Out of Home Advertising Association of America (OAAA) will release today a method for capturing mobile advertising IDs that represent the audience exposed to Digital Moving Out-of-Home (DMOOH) media such as taxicab and rideshare cars, large-format trucks, buses, trolleys, and other forms of transit.

“Marketers use the data in the same way DOOH does, allowing them to understand conversion events that happen after exposure, similar to the broader digital advertising industry,” says Drew Jackson, Founder, StreetMetrics, and member of the OAAA working group that developed the guidance.

Industry estimates put the market size at between $50 million and $100 million, with potential growth at more than four times during the next 10 years. The estimate is based on the number of screens known in the market and growth rate based on conversations executives have throughout the industry, according to Jackson.

The group’s goals are to establish a standard for DMOOH to enable industry-wide collaboration, make it easier to buy with consistent and transparent methods for data collection, help marketers incorporate the media into omnichannel marketing strategies by providing a foundation to support the use and development of data and tools.

Created by Apple and Google, mobile advertising IDs (MAIDs) are the foundation of the advertising industry by providing a common device identifier. MAIDs allow for the best overall consumer ad experience while respecting individual privacy.

By understanding location for devices opted into sharing location, the DMOOH industry is able to contextualize that the MAIDs were in a given area as a digital advertisement passed by.

“The key to understanding an exposed audience is interpolation of the route an ad took on a vehicle,” Jackson said. “Interpolation allows for the full vehicle route to be known by connecting the dots between two GPS pings, and exposed audiences are determined based on that route.”

Some of the biggest advertisers adopting this technology are in the sectors of consumer packaged goods (CPG), direct-to-consumer, quick serve retail, and sports teams. Many use this media on a monthly basis to reach local market audiences.

The global positioning system (GPS) data collected from a moving screen act like a trail of breadcrumbs.

While the data is not provided in terms of how that vehicle got from point A to point B, it is received based on the vehicle’s location when the ad began playing and when it stopped.

“Routes” are the paths that a vehicle travels along. As opposed to GPS data, which is observed and point-based, routes are not observed directly and are continuous line segments.

If the vehicle traveled along the an assigned path to get from A to B, then a routing engine can be used to determine and contextually understand the specific route. Factors include latitude and longitude coordinates, distance between the two points, timestamps associated, during of time it took to travel the route, surface the vehicle traveled on, and type of vehicle.

From this data the routing engine can estimate the actual route the vehicle took and efficiency and effectiveness of the ad.