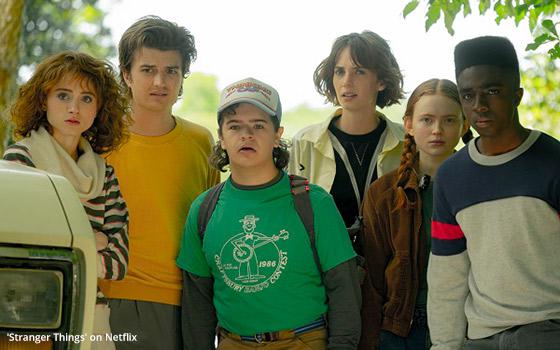 Customer satisfaction with some of the top brands in streaming -- including Netflix, HBO Max, Peacock and Apple TV+ -- is surprisingly lower than expected, according to a new study from research firm ACSI (American Customer Satisfaction Index).

The study is “based on interviews with 23,605 customers chosen at random and contacted via email between April 2021 and March 2022,” said Ann Arbor, Michigan-based ACSI.

“Customers are asked to evaluate their recent experiences with the largest companies in terms of market share, plus an aggregate category consisting of ‘all other’ -- and thus smaller -- companies in those industries.”

The streaming service that ranked highest in customer satisfaction was Microsoft Store with a satisfaction score of 79 (out of 100), followed by the “all others” category (78), Disney+ (also 78), Paramount+ (77) and YouTube TV (77).

ACSI classifies the subscription services and services such as Microsoft Store, which sells movies and TV shows on a pay-per-view basis, in the same “video streaming” category.

Those services were followed by cable operators such as Xfinity, Spectrum and Cox. Optimum (57) and Suddenlink (54) -- both Altice USA -- were second to last and last, respectively, in the list of 12.

In this category, HD Picture Quality garnered the highest customer satisfaction with a 77 score. The lowest score in the list of services provided in the subscription TV category was a 65 score for Call Center Satisfaction.

Rankings on the list of Internet providers in customer satisfaction were Verizon Fios first followed by (in order) T-Mobile and AT&T Internet.

A list of Satisfaction Benchmarks By Industry included in the study puts the customer satisfaction data for video streaming, VOD, subscription TV and Internet service providers in perspective.

Topping the list is the food manufacturing industry, which had a customer satisfaction score of 80, tied with full-service restaurants. Rounding out the top five, in order, are breweries, cell phones, and personal care and cleaning products.