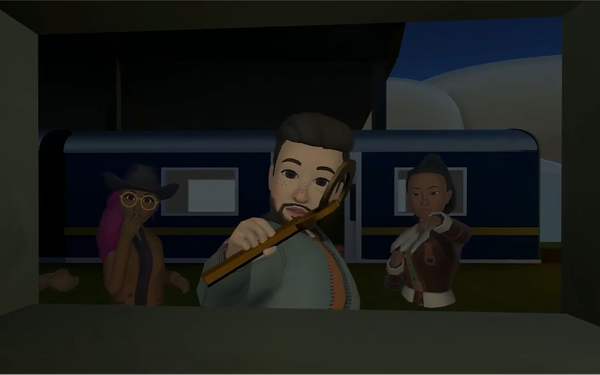 Fans with a Meta Quest 2 headset can log in to experience the “NOPE World” via Monkeypaw Productions: All Aboard, in which fans will be passengers on a “Monkeypaw train” and then explore themed cabins full of Easter eggs from Peele's previous films “Get Out” and “Us.”

From there, players will move to “NOPE World” to play games, interact with other users and take part in interactive elements surrounding a recreation of Haywood Ranch (featured in the film's trailer).

According to Katie Jones, NA Studio Partnerships Lead at Meta, these new worlds provide moviegoers a new opportunity to explore films with fellow fans. Production companies and filmmakers can also connect with their audiences in new ways as well.

After debuting at Cannes Lions, the new Horizon Worlds apps just became available to all Meta Quest 2 users in the United States, the United Kingdom, and Canada.

With all of the money it’s sinking into its vision of the metaverse, Meta is facilitating spaces for brands to attract consumers in a more immersive format. Two recent examples include Fender Musical Instruments’ “Fender Stratoverse” and BMW’s “MINIverse.”

<>Both “NOPE World” and “All Aboard” were made free to download on Tuesday. “Get Out World” and “Us" will be made available to Meta Quest 2 users later this summer.