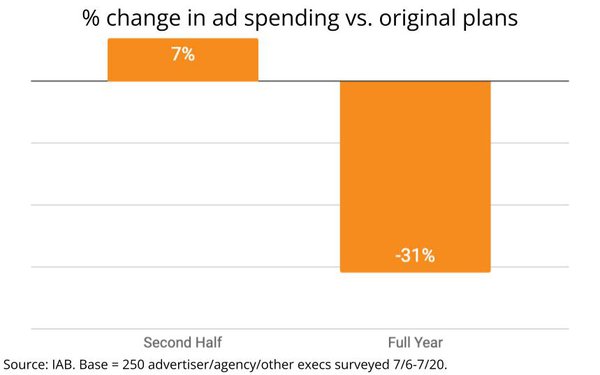 The good news is that U.S. ad executives project their second-half ad spending will be up an average of 7% vs. what they originally planned, according to a survey released this morning by the Interactive Advertising Bureau (IAB).

The bad news is that the same sample of ad execs reported their full-year ad spending will be down 31% from what was projected in a similar survey conducted by the bureau in the fall of 2021.

The findings, which were derived from a survey of 250 advertiser, agency and "other" executives conducted by the IAB July 7-20, are part of a "flash bulletin" entitled "U.S. Ad Investment Projections within the Current Macroeconomic Climate" that seeks to calm ad community -- and media-seller -- nerves amid increasingly weakening macroeconomic signals.

As encouraging as the second-half outlook might seem, its noteworthy that respondents currently project their U.S. ad spending to rise 9% this year, which is four percentage points lower than the 14% of respondents to the IAB's fall 2021 survey projected.

Looking ahead to 2023, 71% of respondents believe that a slowing economy will lead to a decrease in ad spending within the next year. 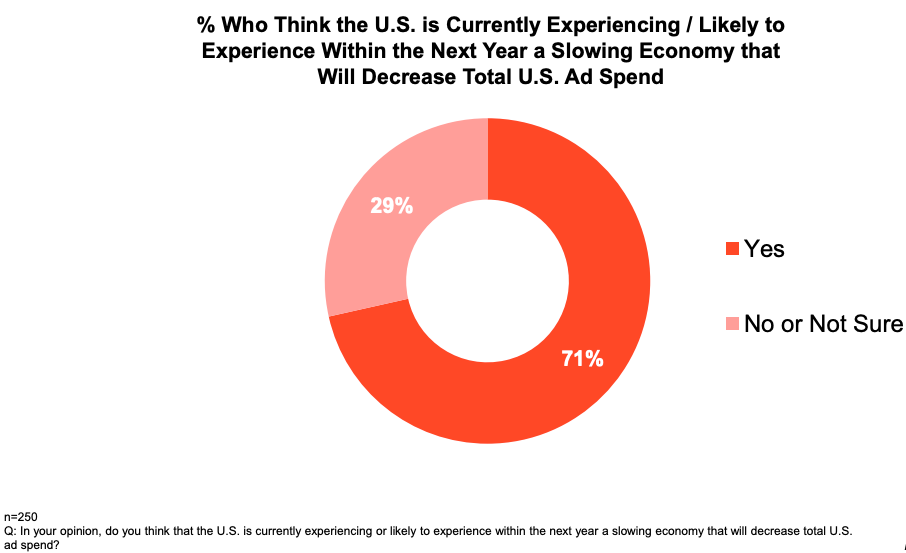