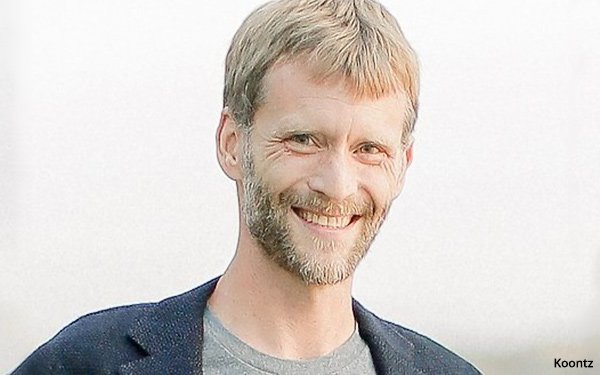 Synergies aligned the day Matthew Koontz interviewed for the job of tvScientific’s first head of product. The connected TV (CTV) performance advertising platform wanted a leader who would make TV advertising accessible and measurable for all, including its more than 9 million performance and mobile app marketers.

There’s a huge need in the market to combine campaign management with integrated capabilities to help performance marketers understand the impact of media in campaigns on their business, so they can optimize in one tool, Koontz said. (He is no relation to Dean Koontz, author of novels such as Watchers and Phantoms.)

“I was attracted to the team, culture, and specific strategies being pursued,” he said.

“It makes me excited to work at tvScientific having worked on search, having worked on the supply strategy for Microsoft’s ad network and exchange,” he says. “I’ve seen the persona of the performance marketer through different media and business lenses, and TV products.”

Koontz has been an innovator in the OTT space for nearly 10 years. He thinks it should be a simple integration.

Data & Programmatic Insider (D&PI) caught up with Koontz when he started working at tvScientific. What follows are excepts from our discussion.

D&PI:  Do you think the combination of search and CTV is underused?

Koontz:  There are varying degrees of search marketers testing and learning with CTV inventory. There’s a lot of runway and impact. When consumers are in front of a TV and can’t directly gauge the impact, they take out a phone and do a search to learn more. That behavior has been there since mobile phones hit our pocket. Technologists today don’t appear to be comfortable with using the toolsets or data. They might be apprehensive, which maybe holding back a lot of search marketers. TV feels expensive, new and scary, and less measurable. Closing the gaps will level the playing field for marketers. … It’s really a better together story that will have the most impact on their business.

D&PI:  What does a product manager do?

Koontz:  The role has two primary roles. The first is to connect with customers and understand needs and products, so we can build solutions that solve them and effectively communicate to help us build the technology on the engineering side of the team. Engineers also want to understand how products fit into business. It about effectively communicating about attribution, data, and research.

D&PI:  When you were in school, what did you want to do as a profession when you grew up?

Koontz:  While entering undergrad, I didn't know what I wanted to do when I grew up. By the time I graduated from Colby, I wanted to be a documentary filmmaker after having created a full 20-minute piece for a class. I will return to this passion, now well equipped to monetize the content I create after a career in ads after I retire from the ad business.

D&PI:  How did you end up where you are today?

Koontz:  I graduated college during the 2002-dot-com implosion of the economy, and started in direct sales. I learned how to build digital businesses in a scrappy environment. It led me to a role at an agency. It was my first experience in a professional environment at Arnold Worldwide supporting Vonage. It was there I realized how technically complex marketing would become. I was a liberal arts guy. What I saw at the agency prompted me to go back to school to get an MBA at Michigan.

D&PI:  What did you do at Microsoft working with Xbox?

Koontz:  My core charter as a PM on the team was to steward the video as business on top of Xbox, which meant working with partners such as Hulu and Tubi.

D&PI:  What fictional TV character do you associate with most?

Koontz:  The fictional character that resonates deeply with me is Ron Swanson from "Parks & Rec." Ron embodies simplicity, trustworthiness, compassion for friends and family, loyalty, and loves nature, a good steak and the best scotch.