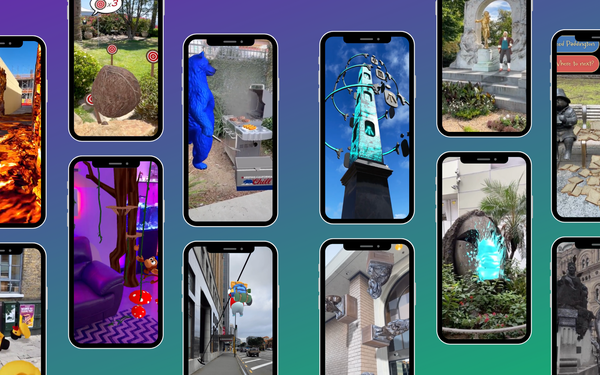 Similar to Snap’s Landmarker’s technology, Lightship VPS is intended to transform everyday locations into experiential destinations, whether it’s augmenting a statue in a park or a storefront in a major city.

Lightship VPS uses Niantic’s AR map of the world to anchor AR content with centimeter-level precision at locations around the globe. By bringing this system to the 8th Wall platform, which has been used in over 2,000 commercials by major brands like Pepsi, Netflix, and Dior, developers can now create VPS-enabled AR experiences that work directly within the mobile browser, requiring no app to download.

Either developers, agencies, and brands can root AR experiences to one location, strengthening a consumer’s need to be at a certain place, or they can choose among 10,0000 VPS-activated locations ready at launch on Niantic’s AR map as a move to increase reach for specific content.

Users can currently interact with Coors Light’s “Keeping It Chill” bear flipping burgers on a real grill, or feed Paddington Bear marmalade sandwiches at the statue in Leicester Square, or even watch the famous Luxor Obelisk in Paris come to life.

“At Niantic, we believe that the real-world metaverse should get people exploring and connecting in the world around them,” says CEO of Niantic John Hanke. “Bringing Lightship VPS to the Web is a critical step forward for AR, enabling developers to realistically fuse digital content to the real world with precision and persistence.”

Lightship VPS for Web also gives WebAR developers access to the 3D mesh of a location for use in an AR scene. The company says  this will enable developers to create WebAR experiences that add a greater level of interactivity between virtual objects and the physical world.

The company says the locations vary, including parks, paths and local businesses.

The AR map is powered by scans of real-world locations from developers, surveyors and gamers who have contributed millions of locations, photos, and scans.