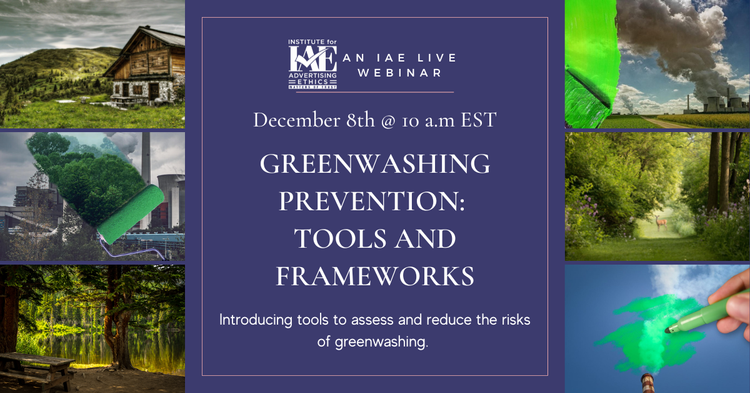 The Institute for Advertising Ethics will hold the second of two webinars focusing on the ad industry's role in greenwashing on December 8 at 10 A.M.

The upcoming webinar -- which focuses on tools and frameworks for preventing greenwashing -- follows one held October 19, which featured industry experts providing a benchmark for understanding how pervasive and how problematic greenwashing actually is for the advertising industry.

Both webinars follow a series of Congressional hearings probing the role that ad agencies and PR firms that work for fossil fuel brands play in greenwashing their reputations, and some of the tactics they use to do it.