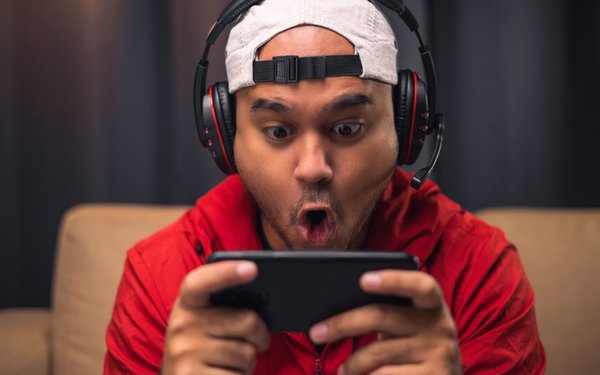 Publishers, developers, and advertisers have a new opportunity to collaborate in 2023 when it comes to in-app gaming, according to data released this week from LoopMe.

Data from the study -- Understanding Consumer Mobile Gaming Habits and Preference -- shows 62% of consumers play games on their mobile devices, with 76% playing more than an hour daily, and 15% playing for more than five hours per day.

According to eMarketer, now a part of Inside Intelligence, time spent with mobile gaming is half the size of in-app social, yet the amount brands spend in social amounts to $56 billion, according to Statista, is 7-times that of the mobile gaming ad revenue projected for 2024, about $8 billion.

Interestingly, the data also shows that one-fifth of mobile gamers are highly attentive -- focusing on the gameplay and nothing else, which presents a prime captive audience to lean into mobile brand advertising. 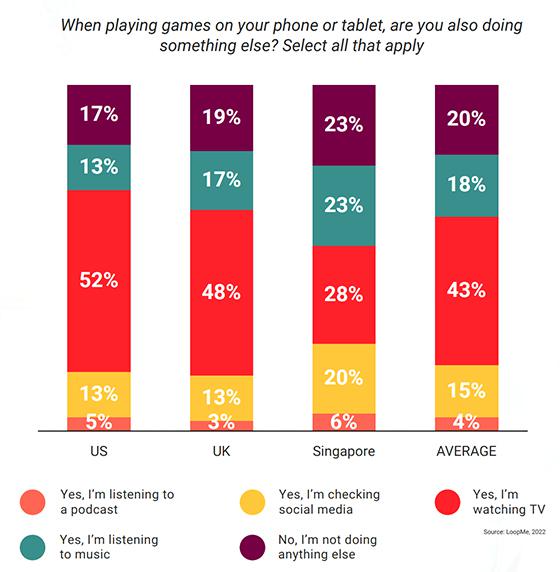 The survey’s findings show that 57% of consumers playing games on their mobile devices do so in their spare time, and 20% said they are completely focused on their gameplay and engage in no other activities while playing. This figure rises to 38% for gamers who are playing while also listening to music, but not doing anything else.

Mobile gaming in their spare time was highest among U.K. consumers, 63%, and lowest among consumers in Singapore, at 48%.

Some 32% of consumers in Singapore are most likely to not be doing anything else while gaming, and are least likely to watch TV while playing games, significantly lower than average at 28%.

Gaming during the daily commute was higher than average in Singapore at 15%. Comparatively, only 4% of U.S. consumers said they would play games while commuting.