The JIC Is Up

The quest for establishing new U.S. advertising currencies is getting crowded, and a little noisy, if not actually cross-purposed.

Even as a supply-side initiative led by OpenAP, the Video Advertising Bureau (VAB) and major TV network owners sent letters to agencies inviting them to join a “measurement certification council” for what they’ve been describing as a “JIC” (joint industry committee), a more joint-like initiative was announced Thursday by the American Association of Advertising Agencies (4A’s), the Advertising Research Foundation’s Coalition for Innovative Media Measurement (CIMM) and the Television Bureau of Advertising (TVB).

The initiative, they said, is “a joint study focused on developing an action plan for supporting the evolution of local TV measurement in the U.S. market.”

While not necessarily at cross purposes with what the OpenAP media owners committee -- or individual network media owners -- have been pushing for, the concurrent efforts add to the noise and could create some industry confusion for who is actually responsible for setting new industry-currency standards.

Oddly, the one name missing from all of these initiatives has been the Media Rating Council (MRC), which has been the ad industry’s tripartite self-regulation body for the past half-century.

And while the MRC originally was conceived mainly to audit and accredit media audience-measurement services, in recent years it has taken a more declarative role in setting industry standards too. It did that for minimum viewable impressions, duration-weighted audience impressions, and more recently, outcomes-based measurement in digital media.

In fact, a knowledgable source tells me the MRC was not even informed about the Jan. 9 OpenAP “JIC” announcement until the evening of January 8.

“So a little cheeky,” the source added.

Meanwhile, the 4A’s, CIMM and TVB study follows one released by CIMM, the 4A’s and the Association of National Advertisers, and Deloitte on January 11 that recommends the formation of an actual JIC -- a tripartite one conceived by advertisers, agencies and media suppliers -- but focused on developing a new local TV advertising currency.

In a letter sent to Nielsen’s then-public shareholders, CEO David Kenny asserted Nielsen was "months away" from being reaccredited for its measurement services. He may be right, because he didn't actually say how many months, but that letter was sent 16 months ago.

As GroupM Executive Vice President-Research and Investment Bharad Ramesh said during last week's "This Week, Next Week" podcast, the industry initiatives to develop new currencies should have begun "the moment Nielsen lost accreditation."

If you ask me, it should have begun much earlier than that -- back in 2009 when the industry first began exploring a JIC-like approach for creating new advertising currencies, which was being championed by late SMART TV founder Gale Metzger to do exactly that.

More than a dozen years later, the advertising and media industry are still trying to figure it out, albeit with more impetus. But the real problem is there is no single, galvanizing leader to drive it -- and lots of competing industry interests to complicate and confuse it.

What the industry needs right now is a genuine JIC -- comprised of all sides -- to sit down, do an inventory of all the initiatives from the supply and demand sides, including individual company "certification" efforts, organize, vet and frame where everything stands, and most importantly, what a joint industry approach should be going forward.

My fear -- and this will likely spark some sensitive nerves -- is that there are too many competing interests to do this the way it has been happening: ad hoc.

Well, that's my soap box. I've been saying it more or less for a few decades now, even if no one cares or wants to listen to me anymore. And for what it's worth, I have zero skin in that game -- except that I've been covering those currencies and this marketplace for all those years, and as a neutral, third-party observer, this is the approach that seems to make the most sense for me.

"With the proliferation of local TV brands available free over-the-air, on pay TV services, smart TVs, and FAST platforms – and a wide range of buy- and sell-sides participants with varying strategies, resources and requirements – the local TV marketplace is complex and fragmented," the associations said in a joint statement, adding: "As fragmentation has increased, TV measurement in local markets has become more challenging, as it has with national. However, many of the TV datasets that are helping to improve national measurement are unevenly available across different local markets, if at all."

And here's how they outline doing that: 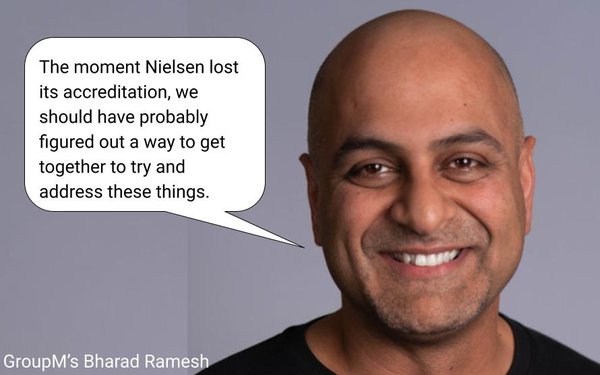