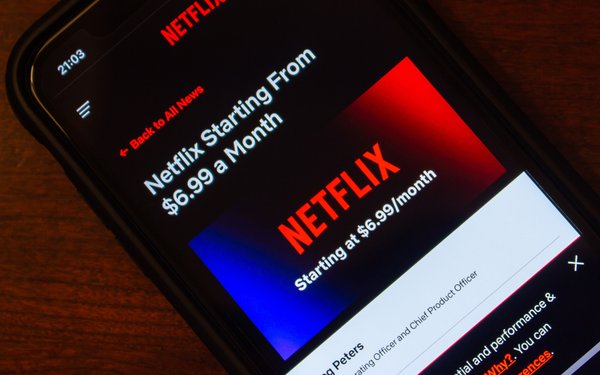 Netflix has big goals for its highly scrutinized new streaming ad business -- "Basic With Ads."  Executives believe that in a few years, it will bring in more advertising revenue than Hulu -- which is now at $3.13 billion per year, according to estimates.

Netflix could attain a $3 billion in advertising in a couple of years, according to company executives during its most recent earnings phone call.

That would be around 10% of all the company's revenues today -- significant, but not the dominant way Netflix makes its business.

For some, there has been expectation that Netflix's advertising efforts would shake up the TV advertising ecosystem. But with only three months under its belt, it is too soon to tell. It took Hulu 15 years to get to where it is today -- starting up in 2007.

Earlier on in the process, Netflix found itself short on inventory available for advertisers and their media agencies in guarantees when it comes to making deals. To an extent, this seems to be the result of Netflix's slow efforts in putting enough shows onto the ad-option.

Netflix has been transitioning to ink new deal-making points with TV producers to now include advertising components for their TV shows and movies.

In this area, Walt Disney (Disney+), Warner Bros Discovery (HBO Max, Discovery+), Paramount Global (Paramount+) and NBCUniversal's (Peacock) are ahead. All these companies have had a long history with advertising-supported content, which started up their legacy TV efforts.

But is it enough? Even with this experience, they are not close to offering profitable streaming businesses, which at best is two or three years away.

Some might say that live, linear TV still has decent value in the short-term -- possibly mid-term. The selling plan continues this way: Meld linear with streaming for all that extended reach marketers can buy in one place.

Back to Netflix. In its most recent reporting period, it did not reveal how many ‘Basic With Ads’ subscribers it has seen since its November launch. In the U.S, it now has 74.2 million subscribers.

Ampere Analysis estimates that 8% of new Netflix sign-ups, or those changing from its subscription-only plans, are going to Basic With Ads globally.

We don't know the data on those changing plans. But Netflix says that overall new new subscribers globally grew by 7.7 million.  Eight percent of the 7.7 million would mean 612,800 going to Basic With Ads.

TV advertisers want to get on the bandwagon of all growing media --- especially digital and streaming media -- where modern media consumers flock to and where, in theory, platforms can provide valuable return on media investment/business outcome results.

TV networks would like to be a big part of that scenario -- shedding its old-school mentality, which could include diminishing the value around key Nielsen measurement data.

Does Netflix have a better tune-in plan for marketers? Adjust your current media-planning TV dial -- if you still have one.