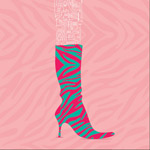 When it comes to building a brand, fashion giants have stepped into the spotlight, cloaked in digital media from head to toe. Burberry, Donna Karan and Patagonia are among the most revolutionary. But plenty of others have used a variety of ideas to sell their brands. Through social media events, publishing their own online content and courting guest bloggers, they’re also showing marketers and technologists what they can expect next from the runway.

“There has been a huge transformation in how these companies do business,” explains Maureen Mullen, director of research and advisory services at L2, the New York-based digital think tank. “Traditionally, fashion brands have been removed from the people who buy and wear their products. But they’ve been able to excise that publishers’ tax. These platforms — including direct ecommerce and social media — allow them a much closer relationship with their consumer.”

Shifts such as these mark a sea change in the way clothing brands meet their consumers. But are they meeting savvy consumers, or are consumers gravitating toward digital-savvy brands? It’s a bit of both, Mullen says.

The affluent luxury consumer is more likely to have a smartphone or tablet, so they’re more connected than the average consumer. And while they’re connected, they’re buying online. Case in point: 10 percent of American households earn more than $100,000 in income and contribute to one-third of all ecommerce purchases, Mullen says. That number will grow over the next five years, when analysts expect two-thirds of ecommerce sales to come from those same households. Either way, ecommerce fits hand in glove with the luxury consumer.

As more and more clothing brands adapt to meeting their consumers where they are, they require new skill sets and teams of people with capabilities in the branded media company and ecommerce side of the retail landscape. Here are a few who are well ahead of the pack.