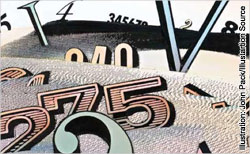 It’s the $39.5 billion question: Which digital platforms deliver the most bang for the buck?

It’s how they purchase eyeballs, and it’s the single magic number that simplifies every spending decision.

But even as digital advertising continues its explosion, there’s still unease and anxiety: Where are the magic numbers? When will the industry come up with bedrock metrics that demystify digital platforms? Do they work, and how should they be valued? It’s a question that digital marketing and ad agencies are grappling with and have been for the last 15 years in which the digital world evolved.

Market attribution — the tricky business of pulling apart successful marketing campaigns to determine where consumers experienced messages and what they did with them — continues to be one of the biggest cross-channel issues.

Was it SEO, or email, Facebook or Twitter, a banner ad or, more likely, a quirky combination of all of those advertising avenues that drove a merchandiser’s sales? With digital ad environments, marketers say, not all the parts do the same job, but lots of times, all of the parts do some part of the job.

“Marketers spend more on digital with each budget cycle, and they want to know how best to allocate to a bewildering range of options,” notes a new report, “Marketing Attribution: Valuing the Customer Journey,” created by Econsultancy working with Google Analytics. “Typically, the tools available to them have provided visibility into the very top of the funnel (views, clicks, opens) and the bottom (sales, registrations, leads). Marketing and budget optimization have overlooked most of the funnel, where influence and research occur, and where 100 percent of opportunity gets whittled down to 2 percent conversion.”

“It’s important to remember attribution doesn’t tell you about success [of using a particular digital mode] on the face of it,” adds Stefan Tornquist, U.S. vice president of research for Econsultancy and author of the report. “Attribution tells you what channels are participating. When you go beneath that, you’re able to draw conclusions” about their role in the sales transaction.

How to attribute the value of digital cross-channel ad platforms and appraise their ROI is the $39.5 billion question. That’s how much eMarketer estimates online advertising comprises in 2012, up 23.3 percent from 2011. But with answers still evolving.

Econsultancy’s report says that 83 percent of its 607 agency and client study participants have engaged in market attribution for less than two years. Another 28 percent began in just the last six months. It’s still growing up, and advertisers are sometimes using research shorthand instead of sound analytics.

For example, although there’s general agreement that it’s simplistic and wrong that a successful consumer transaction should be credited to the “last click” in the decision chain, most of the study’s participants do just that.

John Montgomery, COO North America of GroupM Interaction, imagines a boy with a lifelong affection for Mercedes-Benz who, in middle age, decides to act. “Finally, at the age of 45, I’ve got an executive sales position, and I can afford my first Mercedes-Benz. So I Google ‘Mercedes-Benz Manhattan’ and click on it — and Google gets all the credit! But really, it was a complex matrix of advertising — millions of dollars of advertising — word-of-mouth, editorial, racing sponsorship. That’s the controversy that’s gone on about attribution.”

With a different perspective is Alan Armbruster, a partner in the retail and television consulting firm Eckstein, Summers Armbruster & Co., which gives marketing advice to TV stations and local car dealers, often at the same time. He’s a bullish proponent of using digital media, and he’s not concerned that his car dealers know how every part of it works.

“I tell them there are three things you ought to have: a Facebook page, YouTube and Twitter,” he says. “We quit looking at where car buyers were coming from. They really don’t know. Lots of things brought them in there.”

One thing that he knows, though, is that by the time a customer walks into a showroom, they are there to buy. They aren’t driving around. They’ve already been to 10 to 20 Web sites. That the Web brought them there is indisputable. Armbruster thinks it’s impossible to identify each part of the sales funnel and futile to try.

On a larger scale, though, the biggest agencies and advertisers have spent time and millions of dollars figuring out their proprietary attribution metrics. GroupM has different attribution models for different products. It can test series of ads and then see how each works in combination with other digital advertising — all guiding that Mercedes-Benz car shopper from inquiry to test drive to purchase.

“In order for us to know what led to the decision, we have to go way, way to the top of the [advertising] funnel,” Montgomery explains. “We have to know at what point we should serve an ad online for someone like that. Understanding how that works, we can go online and create attribution models to determine what is the most effective point in the funnel to create a search ad that will take them to action.”

What makes attribution and cross-channel metrics hard is that digital advertising is good at creating value in areas traditional advertising usually isn’t even capable of providing.

For example, its consumer survey reveals 74 percent say they look at smartphone or tablets for product information before they shop; 62 percent say they use their smartphones while shopping; and 67 percent say they comment about goods and services. Those are just consumer functions that traditional advertising has no way to provide. Indeed, a few years ago, smartphones were relatively rare. Now they’re exceedingly common and, the report says, advertisers have to at least plan their Web sites to get the ROI that’s possible by providing a good functioning mobile site.

How consumers use digital doesn’t conform well with traditional advertising. A huge influencer of consumer purchases is online product reviews by other consumers, even more so than reviews from product experts, the Moosylvania study shows.

And in the digital arena, Rodney Mason, Moosylvania’s CMO, says consumers can rapidly attack a company for some perceived infraction that can quickly turn sales sour if that firm isn’t closely watching its search mentions. The touchy-feely part of a company’s Web site or Facebook page, Econsultancy’s Tornquist agrees, gives a company a kind of Web-based personality.
Most all of those for-instances go into the mix of what can be measured by market attribution. “Some old-line advertisers think of digital as a ‘buy,’” Mason says. “It’s not. It’s a behavior. When you get into the intricacies of that, it gets pretty easy to solve your digital challenge.

“There are clients who have very strong brands, and they built those brands off of traditional media,” he says. “And they don’t want to pull back those media. They’re in a very tough space. They don’t want to walk away from the tried-and-true. But they’re making a big mistake when they do that because every generation comes up acclimated to new media and that media changes every two or three years. The new consumers coming in now prefer digital. They just do. Advertisers that don’t understand that — they’ll be completely irrelevant.”

Measuring all of that has become the goal of major advertisers, of course. The three big advertising trade associations last year joined with more than three dozen marketers, agencies and publishers to work to create an industry-wide online measurement initiative. The so-called 3MS (for Making Measurement Make Sense) wants to have digital ads measured in ways comparable to other advertising, and defining seemingly simple — but really very difficult — questions like: What’s an impression? Other measurements, like one from Nielsen, attempt to create a kind of a number like gross ratings point, or GRP.

GroupM’s Montgomery, who is deeply involved with the industry effort, says, “It’s a complex area because there are so many pieces to it. And the pieces have pieces. The difficulty is how you establish a unified metric across both mediums. This debate has been going on for many years — for as long as I’ve been in this industry we have been talking about a digital GRP.
“Well, the digital guys say the GRP is such an offline metric. It’s reach versus frequency, and it gives you an exposure rating. Whereas in online we have such sophisticated metrics. We know what ads they’re seeing, which ones they clicked on, what action they took before they were on the site, what they did after. We [even] have eye cameras [that] can track their eyes across the ad, with their permission, so we can see if they even saw the ad.”

What GRPs have, most of all in Montgomery’s view, is familiarity. They exist.

“The GRP is a metric that brand marketers are very familiar [with],” Montgomery acknowledges, “and they’re very good at using it. In the offline area, they’ve been very used to attaching metrics to GRPs: ‘How many GRPs do I need in the campaign in order for my brand to experience brand lift?’ So if we in online can establish some kind of unified or consistent metric between online and offline, I think it wouldn’t be difficult for marketers to justify moving big brand dollars into online.”

But the cross-channel metrics that major advertisers, marketers and agencies have already do work, though they are in-house measurements. Tornquist says most major agencies have no trouble putting a value on the performance of various parts of their digital packages.

“It’s very dangerous, whether it’s attribution or analysis in general. It should be said that all of them can be valuable, with a kind of ellipsis, if done right,” Tornquist notes. “And that’s an easy thing to say, harder to do. We all have experienced organizations that give a nod to data where the people are just looking for enough justification to do what they always wanted to do anyway. I’m fine with gut instinct based on experience. There are worse ways to behave. A worse way is to take data that was flawed and believe it’s true.”