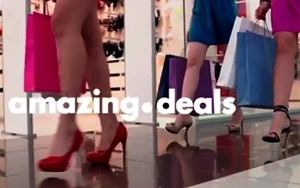 Donuts, a domain registry, will launch its first advertising campaign Monday, after raising about $100 million in funding during the past year. The funds are being used, in part, to purchase generic top-level domain (gTLD) names from the Internet Corporation for Assigned Names and Numbers (ICANN).

Of the 1,200 new domain names about 600 are brand names and the remaining are non-branded names. Donuts will own about 200 of the non-brand names; and Google and Amazon, about 50 each, per Jeff Davidoff, CMO at Donuts, told Search Marketing Daily at South By Southwest Interactive in Austin.

Amazon recently won the rights to the .Free gTLD, beating out Google, Donuts, Minds +Machines, and Uniregistry in an auction.

Many have not yet considered is the impact that moving to a different market for top-level domains will have on brands and other domain-name holders. Brands had concerns that the new domain names wouldn't or couldn't optimize correctly in search engine result queries. The Google algorithm doesn't differentiate whether the optimized word sits to the left or the right of the dot in the domain name, Davidoff said. Dot-com doesn't mean anything. The Google algorithm looks for meaning and connects the word with relevant content. Marketers really need to focus on the quality of the content and the connection with the domain name.

Davidoff believes the industry will see an end to the backslash in the domain name such as Gucci/shoes, making it easier in the long run, for consumers to find brand Web sites.

Reporting will provide data on views, clicks, social shares and Twitter retweets, as well as monitor data from dot-domain searches, clicks, and conversions. Donuts, founded in 2010, and began selling domains in 2014.