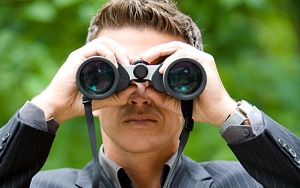 Amazon continues to take search market share from Bing, Google, and Yahoo. A survey of 2,000 U.S. consumers finds that 44% go directly to Amazon first to search for products, compared with 34% who use traditional search engines.

Findings from Survata's study-- commissioned by BloomReach, fielded in August and released Tuesday -- found that of the consumers who begin searches for products or services on engines, 27% are influenced by organic listings and 7% by paid-search advertising. In 2012, Forrester Research found that 30% of consumers began their product research on Amazon.

Some 87% of consumers say the online retailer that personalizes the best influences them to buy more. Among participating consumers, 75% pointed to Amazon as the engine personalizing the best content and ads, followed by 8% for eBay; and 9% for Walmart.

One thing is certain: consumers expect retailers to personalize ads and content to individuals because that's what happens when they navigate the Web, according to Joelle Kaufman, head of marketing and partnerships at BloomReach. "It's a pretty big problem for retailers, because Amazon and the engines do this with massive amounts of data," she says. "Personalizing the content sends a message to consumers 'I have what you want and I selected it to show you'."

The lack of data among retailers forces stores to target online in groups or audience segments, rather than one to one. The study found consumers admit 2:1 they expect from retailers the same personal touch received from Amazon, Google and other search engines, which seems to make retailers a bit uneasy.

Some 86% also feared that personalization technology from top search engines like Google was very or highly influential on consumers’ expectations for their sites. As a result of the growing technology gap from both ends, personalization ranked as the number-one priority that marketers will invest in during the next 18 months.

The study also analyzed consumer attitudes toward shopping on smartphones, compared with digital marketer perceptions and strategies. Conducting research on products and prices remains the main reason, 47%, people shop on smartphones, and nearly half of those researching are specifically showroom while in store.

Although mobile search traffic continues to surpass desktop traffic in the U.S., 81% of consumers say that laptops and desktops still are the preferred way to make purchases, and 64% say the challenges of the smaller screens negatively affected their willingness to purchase.