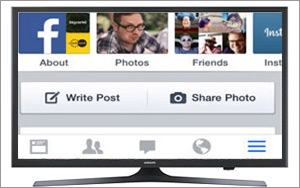 Marin Software, which has roots in search engine advertising, has begun pulling in television, weather and sports data to power advertising campaigns on Facebook, Twitter and Instagram.

Since its initial public offering in March 2013, the company has begun building out its cross-channel performance advertising platform. The shift in strategy connected Marin with TVTY, which powers the latest feature. Today, the technology does not integrate with search campaigns, but a spokesperson says it's on the road map.

TV Sync, released Tuesday as part of the Marin Social platform powered by TVTY, enables brands and agencies to optimize the timing of their digital campaigns in context.

The partnership allows advertisers to activate social ads in real-time based on dynamic offline events such as televised like flight schedules, program schedules, weather changes, or sporting events.  In fact it uses television signals from more than 400 national and local channels across 25 countries in North America, EMEA, and Australia.

"In terms of the signal coming from TVTY and unpausing  or pausing the ads on Marin’s end, it is as real time as you can get," per a Marin spokesperson. "There could be a delay of up to few minutes from when Marin unpauses the ad and the ad actually appears on Facebook or Twitter. This has to do with a delay on the publisher API end and something that no platform can get around."

For example, someone watches an advertising spot on TV. Shortly after they check their Facebook page during the commercial break. That same ad appears in their Facebook newsfeed.

Marin's research shows people who are exposed to both TV and social ads "demonstrate an increased level of ad recall, brand linkage, and likability linkage," per Avik Dey, EVP, product and engineering at Marin Software.