Most 'Talkworthy'? Online, It's Pillsbury; On The Street, It's Puma 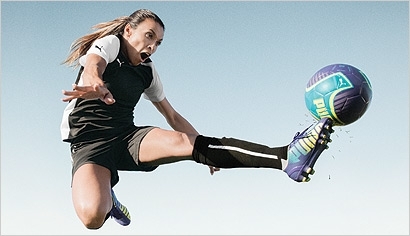 One of the top takeaways from Engagement Labs’ new TotalSocial Brand Awards is that the opinions you see about a brand on social media might be quite different from what’s being said in real life.

The first annual Brand Awards, based on analysis of 500 consumer brands, concludes that the “most talkworthy” brands online in 2017 were, in order, Pillsbury, PlayStation and Arby’s.

But in what Engagement Labs calls offline conversations — the one-on-one, face-to-face type — the most talkworthy campaigns came from Puma, Geico and Priceline.

“Interestingly, the brands that ranked in the bottom three for the least talkworthy marketing aren’t entirely inactive in their marketing efforts,” stated CEO Ed Keller. “It is clear that brands such as Aveeno are failing to create a connection with consumers online, due to a lack of shareable content on its social media and digital channels.

"On the other hand, even though brands such as Hormel are still actively running TV commercials, we can gauge the success of these campaigns by monitoring how much consumers are amplifying that message in online and offline conversations.”

Some of the difference has to do with social media versus real life, Engagement Labs explained.

“For more than 10 years in the U.S., and for six years in the UK, we have been tracking daily consumer conversations about brands through an ongoing online survey which measures the brand conversations in the prior 24 hours before the survey,” explained Brad Fay, Chief Commercial Officer at Engagement Labs, in an email conversation. “Respondents provide detailed information about the categories and brands they talked about during that time, and over 70% are conversations that happened face-to-face.”

And those interactions are different. More passionate consumer might present themselves on social media. Cooler heads might prevail offline. ‘

“If consumer conversation is an iceberg, then social media is the visible ‘tip’ above the ocean surface, while offline conversation is the largely invisible portion that lies beneath,” Keller has commented previously on MediaPost. “How well does the social media tip of the iceberg reveal what is a much larger conversation happening in real life? The answer is: not well.”

The conclusion is that marketers who place too much weight on social media chatter might be getting false reads.

Engagement Labs says the awards are based on its proprietary TotalSocial data, which, it says, continually measures the “four most important drivers of brand performance: brand sharing (the extent to which people are sharing or talking about a brand’s marketing or advertising), sentiment (more positive than negative chat), volume (how many conversations mention a brand) and influence (the extent to which influential types are doing the talking).

The “most talkworthy” is one of a spate of similar Engagement Labs honors/dishonors that includes the most loved brands online — Perdue Chicken, CVS and Hampton Inn — and the most loved offline — Disney World, Wegman’s and Febreze.

Another category tabulates the brands most successful with everyday online influencers: Regions Bank, CVS and NyQuil. Switching to offline, the most successful marketers in 2017 were Ferrari, MetLife and Puma. The brands were selected “based on the extent to which this influential audience represented a large proportion of those people who talk about and recommend the brands offline and online.”