Individualization Vs. Personalization At Retail 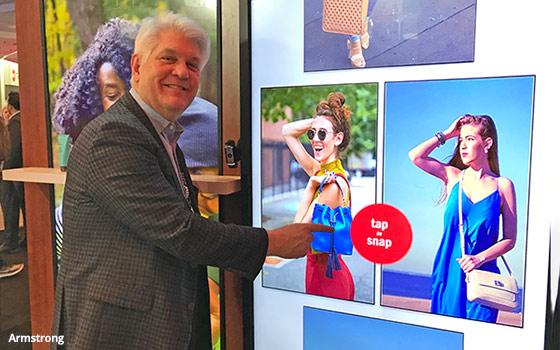 Privacy related to consumer targeting has been a top issue surrounding the Internet of Things.

When beacons first hit the marketplace, the great fear was that as shoppers walked into a store, they would be bombarded with highly personalized ads, since the retailer could quickly identify a loyalty shopper courtesy of a loaded mobile app.

It didn’t take long to realize the idea of hitting traveling shoppers with intrusive messages as they shopped wasn’t such a good idea, since a consumer would quite easily opt out of the messaging or even delete the relevant app.

At the National Retail Federal Big Show last year, I met with Stuart Armstrong, group president and chief revenue officer at ComQi, which is part of the $12 billion AU Optronics Corporation. ComQi does the video screens and associated systems that shoppers see in stores, including Gap and Victoria’s Secret.

Last year, Armstrong told me there was no great demand to include cameras in the screens, allowing the screen to essentially watch the customer as the customer watched the screen.

The key now is that the cameras in the screens are not capturing or using any personal information, but rather are providing customized views for the types of people viewing the screen.

The cameras can determine all sorts of information, such as gender, age range and mood, and then link it with additional information such as current weather and time of day.

This data gathering, which Armstrong refers to as "attributing," allows a retailer to provide instantly tailored video for the individual watching the screen.

This is individualization, not personalization.

Rather than dealing with who the actual person is, with all the associated privacy issues, ComQi focuses retailers on the world of attributes of a particular shopper rather than the consumer’s personal information.

With individualization at retail, shoppers receives relevant video information while not having to trade any of their personal information.

Individualization at retail is the new black.