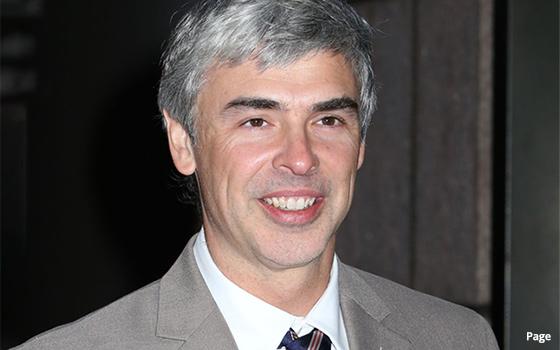 Where is Larry Page, Alphabet's CEO? That's what many people outside the company are asking.

“When I come here and I don’t see the CEO, maybe one year he’s sick or something comes up, but year after years, there’s no CEO here,” the man said. “It’s a glaring omission. Especially [for] someone who has such a large stake in the company that we can’t address him directly once a year. I think that’s disgraceful.”

He was told Page wasn't able to attend, but he attends every board meeting.

Page hasn't been present at the company’s stockholder meeting for at least a couple of years, writes Shira Ovide, opinion columnist at Bloomberg, after the question came up during the recent meeting.

It seems Page has been a bit busy lately. Reports say he's backing the California-based startup Kitty Hawk, a flying taxi. The recent invention is a two-seater flyer named Cora. The idea for Cora is to one day provide a flying taxi service that can be summoned by an app. The plan is for the vehicle to be flown by autopilot without a pilot on board.

Alphabet's stockholders meeting isn't the only meeting Page has been absent from. He has also gone missing from weekly Q&A meetings with employees and he didn't show up to a hearing about the exploitation of internet platforms, where U.S. senators were less than pleased.

It’s not easy to make time, but people like Max Kapczynski, mechanical engineer at Verily Life Sciences, an Alphabet company, made time. He was there to share his story with shareholders in an effort to present a proxy item, which ended up getting shut down by stockholders.

As Ovide points out, the top five most valuable public companies are in the technology industry. Microsoft leads, with Amazon, Apple, Alphabet, and Facebook following. As No. 4 in the lineup, Alphabet has room for improvement.

On Wednesday U.S. President Trump said the government should sue Google and Facebook, without detailing the basis for any lawsuits, though he did suggest bias against conservatives.