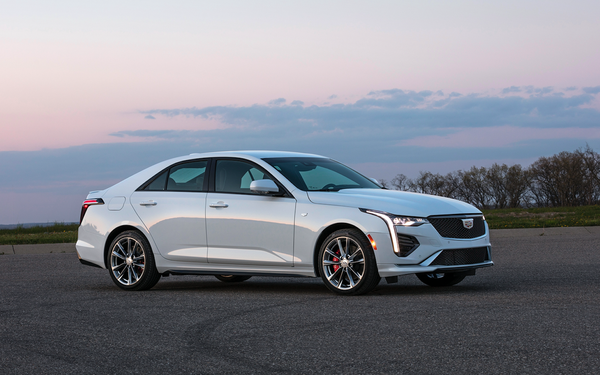 Cadillac unveiled its all-new 2020 Cadillac CT4 sedan today on Instagram, the first time the automaker has revealed a vehicle on the social media platform.

“We made a strategic decision to launch a social-first campaign to meet the customer where we know they interact,” Sledziewski tells Marketing Daily. “We leveraged Instagram to lead this campaign with its platforms focus on dynamic photography and video. Once revealed, CT4 content will be rolled out across all channels including IG story and in feed, Twitter, Facebook, YouTube and Reddit.”

A social media campaign for the vehicle puts consumers virtually in the driver’s seat. The campaign starts with an interactive Instagram story and will be followed by multiple video clips designed to appeal to viewers’ sensory nature.

Cadillac showed off the premium luxury and sport models on IG. The 2020 CT4 will be available for ordering later this year. Pricing will be announced closer to the start of regular production.

Supercruise, the automaker’s proprietary semi-autonomous driver assistance program, will be available in 2020.

The vehicle “changes the sport-luxury sedan game, fusing technology and performance in a distinctive design for customers who want to express themselves,” said Melissa Grady, Cadillac chief marketing officer, in a release. “Because the CT4 is equal parts technology and performance, we wanted to reveal it in a way that would stimulate the senses and evoke emotions our customers might feel when behind the wheel.”