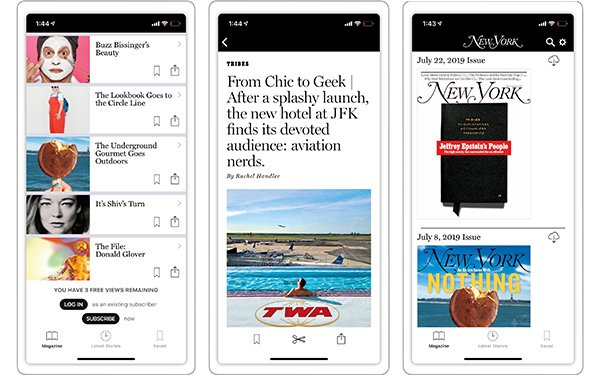 The publisher utilized app development content team Maz. The result is a platform allows New York to process, curate, publish and monetize its content through a native mobile application.

“With New York Magazine’s mobile application, we worked to elevate the existing content by displaying it in a sleek and accessible manner that will be easy for their team to update,” stated Shouvik Paul, MAZ Chief Business Officer.

“The speed of implementation of each application was something that made a difference for us, given that we work with large media properties,” stated Daniel Hallac, Chief Product Officer at New York Media. “This tool will be a key component to the ongoing mobile extension of New York Media.”

Maz has also worked with Bloomberg, USA Today and Fast Company to power their apps and OTT channels.