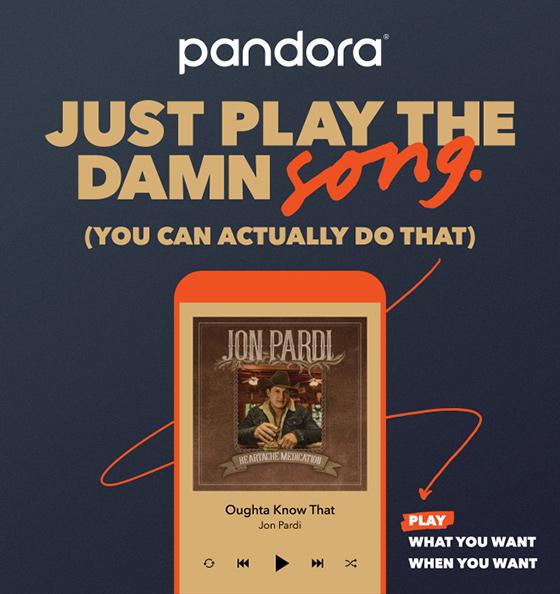 Pandora on Wednesday launched a multichannel national brand campaign that weaves music with humor into a message that celebrates music lovers while they cook, work, exercise and more.

The "life is better with sound on” campaign, which reaches out to make an emotional connection with music lovers, will run across television, out-of-home and digital, as well as large-scale experiential events like a live-streamed Halsey concert on Dec. 10, aimed at transforming Times Square into a massive silent disco.

In one 30-second spot, a woman turns her kitchen into a nightclub or disco, where she thrashes about on the countertop island, breaking glass and dishes while listening to streaming music.

The spots are intended to highlight personalization, telling listeners they can search for and play any song they want.

Features on the app highlight new ways to personalize on-demand content, according to Brad Minor, VP of brand marketing, creative at Pandora.

TV spots feature songs from Halsey, Tones And I, and Normani that jump off the screen beneath the tagline “The All-New Pandora: Be You. We’ll Be Your Music.”

The product highlights the personalization of on-demand content that Pandora users want, according to Minor.

The company has also announced that the substantial update it began testing in October will now roll out to all users. It is focused on discovery, personalization, and on-demand music and podcasts, as well as unique programming across its free, ad-supported service Pandora Plus, and Pandora Premium.

Pandora will continue to call on top-tier artists to create immersive experiences across the U.S., leading up to one of the biggest Pandora and SiriusXM concerts to date during the Super Bowl 2020.