TV In 'Lockdown Family' Households, And Implications For Media Brands

Yes, viewership is growing and evolving -- but so is the role that TV is playing and the needs it fulfills.

With families sheltering in place together, one side effect of the virus has been the rise of TV and video viewership across all formats, dayparts, content types and platforms.

But the “viewership increase” story only makes a case that people have more time and are filling it by watching screens.

TV is doing more than just filling a time gap -- it’s also playing a variety of new and evolving roles.

Our Media Kids & Family product team fielded an online study of family media usage during the lockdown and discovered the evolving roles that TV is fulfilling. This leads to a number of implications for media brands today -- and moving forward. 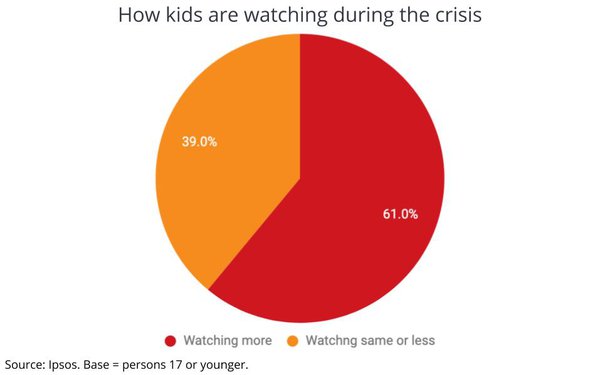 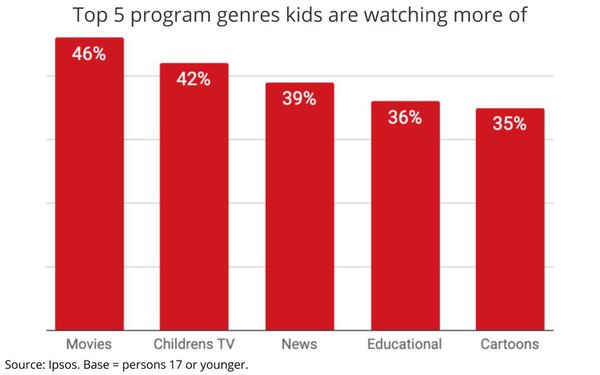 Our research suggests that Lockdown TV is playing the role of 1) The Entertainer, 2) The Informer, 3) The Commercial Break, and 4) The Babysitter.

TV’s main purpose since its inception has been to entertain, but this role has evolved during the lockdown. Our data shows that kids’ viewership of movies has grown the most of all content types during the crisis.

With the family together around a TV screen more than usual, a movie is the content type most likely to satisfy all its members. In fact, additional data showed that drivers of video choices have evolved from “Me” attributes to “We” ones during the crisis. In other words, it has become more important that platforms and content align with household desires -- and movies are a core way to solve this.

Implication: Networks should consider following CBS’ lead by programming movies that are family favorites -- both new and old. Streaming services should also consider putting movies front and center on their platform home screens, with a special focus on films that appeal to all ages.

With the current crisis so volatile, people naturally are glued to their TVs and news feeds for updates. The data shows that parents seek information even more so than non-parents -- they are significantly more likely to say they either would like a bit more information or are struggling to find the information they need than non-parents (126 index).

Furthermore, news is also one of the top content types that parents say their kids are watching more of -- behind only movies and kids TV. However, it should be noted that parents are also more likely to say they are in “information overload” than non-parents, which suggests a balance needs to be achieved.

Implication: In addition to TV, parents are also using the internet (the #1 source), friends and family, and social media as important sources of information to get through the crisis.

Media brands with a focus on kids may want to consider creating their own kid-friendly news shorts to inform and educate kids about what’s happening in the world.

TV has been called “an electronic nanny” for years. But the importance of, and reliance on, this role in the new reality has reached new heights. “Watching TV” is the #1 activity kids are spending more time doing vs. pre-crisis.

With a majority of parents (61%) extremely or somewhat concerned about keeping their kids occupied, this is likely to lead to parents being more permissive around screen time than they usually are. As someone on Twitter said: “The only medical guidelines I'm not following right now are the American Pediatric Association screen time guidelines."

Believe it or not, parents actually want to hear from brands now. The data shows that parents are much more open to advertising in the current environment than non-parents. In fact, they are much more likely to say it’s more important than ever to hear from brands (37% of parents definitely agree versus 27% of non-parents), and that they want to continue to hear what brands offer (37% of parents definitely agree vs. 24% of non-parents).

This aligns with their information-seeking behavior -- as parents also show interest in hearing from “helpful brands” and those that can “help them navigate” the current crisis.

But another aspect of this, as we learned in another study fielded during the lockdown, is a desire for normalcy. Advertising can both remind people of more normal times and give them confidence in the stability of the economy during anxious times (“I just want to know that all businesses aren’t going to close down”).

Implication: While advertising is welcome, it also has a balancing act to play.

Parents expect brands to acknowledge the current situation in their advertising, but they also want brands to explain how they help during the crisis. If done inauthentically, there is a potential a brand will be seen as tone-deaf, which parents are also significantly more likely to rate advertising during today’s context. 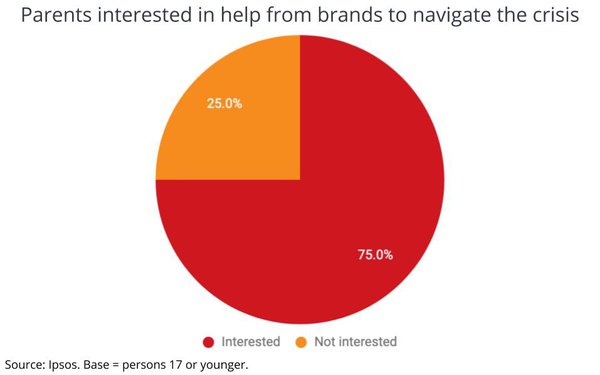