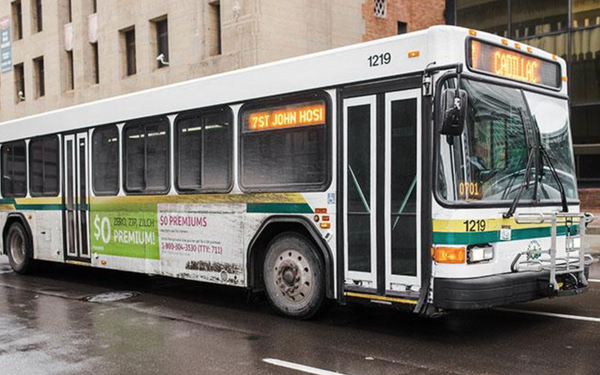 A bus driver in Detroit recently died of complications from the coronavirus after a presumably ill passenger coughed on him and made him ill.

Buses, subways, trains,  car pools, ride-sharing -- none of them sound very attractive at the moment, and for the foreseeable future. The idea of getting into an Uber of Lyft that hasn’t been disinfected by the driver in between passenger seems way too risky. There’s always DIY, but my supply of disinfecting wipes is growing slim.

With all the automakers offering very attractive financing deals, now could be the time for some without vehicles to make the leap.

Online vehicle shopping website CarGurus conducted a study of automotive issues and COVID-19. The company found 39% of those who previously used ride-sharing expect to either decrease their use of these services, or stop using them once economic activity resumes.

Instead, 49% of those will lower their usage plan to increase the use of their personal vehicle. Additionally, 41% expect to purchase a new vehicle as a result of changing their habits.

The company surveyed 722 consumers in the United States digging into topics like their intent to purchase a vehicle, sentiment shifts around buying a car online and ride-sharing/public transit.

Of the shoppers who were already planning to buy in 2020, 79% expect to purchase later than they initially planned to. However, most are just waiting for economic activity to resume.

Despite record jobless claims, the ups and downs of the stock market, and the onset of a recession, only 8% who were planning to buy this year have delayed their plans indefinitely. Even among those delaying their purchase, 68% are currently actively researching, according to CarGurus.

COVID-19 has driven consumers indoors -- and online. Before the global health crisis, just 32% of car buyers said they were open to buying a vehicle online. Now, 61% are open to the idea. However, many shoppers still value and miss the in-store experience; only 39% would prefer to buy online.

The majority of shoppers (61%) believe it’s safer to buy from a dealer than a private party right now. That’s partly a result of popular contactless services like free at-home test drives and virtual appointments that dealers are able to provide. Of those who plan to buy in 2020, 37% expect it to be a favorable time to buy, because sellers will be offering deals that aren’t usually available.

Although many service departments at dealerships are open even if the showroom is closed, 54% of those surveyed who need work done say they have delayed their service or plan to. That’s because shoppers’ expectations for sanitation have increased, according to CarGurus.

Vehicle owners say they would feel more comfortable bringing their car in for servicing if they are assured that dealers are adhering to CDC guidelines (66%), are transparent about the steps they’re taking to maintain cleanliness (55%) and require mechanics to wear gloves and masks at all times (51%).