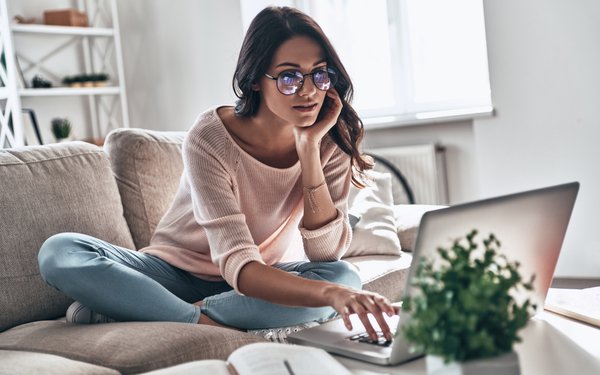 Americans coping with the COVID-19 pandemic report making life-altering changes in a matter of days, rather than months or years. That's one of the findings of a study titled "The Coronavirus Disruption Project: How We are Living and Coping During the Pandemic," conducted by the USC Center for the Digital Future and the Interactive Advertising Bureau (IAB).

The 100-question online survey, conducted during the week of April 6, used a sample of 1,000 respondents from an online panel age 18 and older, from all 50 states and the District of Columbia.

It analyzes answers about views of life and behavior during the pandemic, such as emotional concerns, loneliness, anxiety, parenting, online education, media and entertainment, and shopping behavior.

Jeffrey Cole, director of the Center for the Digital Future in the USC Annenberg School for Communication and Journalism, called the events of the past few months the “biggest disruption of [Americans'] lives” to date, exceeding even the impacts of the start of World War II and September 11.

Some 37% of Americans say they are more lonely since the pandemic began, and 61% say they're more anxious. About 9% report a decrease in loneliness and 4% in anxiety.

But respondents also describe stronger relationships and the ability to enjoy the benefits of working at home.

And many who previously rejected banking and shopping online are now using such technology. Nearly one-third (32%) of the 7% who had never bought online prior to the pandemic are now buying online, and 44% of those who were online buyers say they're now buying products online that they hadn't purchased through that channel in the past. For instance, 36% are buying food online for the first time. On the down side, 45% said they have seen or experienced price-gouging.

Most respondents said they want to maintain the positive changes in their lives that began during the COVID-19 pandemic. Some 56% said they want to keep spending more time with family, and 42% said they would like to continue to work more from home. Some 39% plan to increase online purchases. But 37% said they will reduce their face-to-face contact with other people.

Nearly three-quarters (72%) report increased use of communications technology, especially video streaming on YouTube, Netflix, Amazon Prime, and other services. Some 68% cite an increase in television viewing, 67% in texting, and 64% in video calls.

Respondents are reluctant to pay for first-run movies at home despite theaters being closed: 49% say they would pay less than $5 to watch a new, first-run film at home.

The study also explored views on advertising and news coverage during the pandemic. Some 34% of Americans surveyed said that advertising within news programming is needed to support news organizations, while 39% said they would disable an ad blocker at least selectively to support news websites.

CNN, MSNBC, and Fox News are their primary source of news about the coronavirus at 22%, followed by local TV stations at 16%, online news sites or apps at 15%, broadcast network news at 14%, internet searches at 9%, and online daily newspaper websites at 4%.

Daily printed newspapers are the primary source of news about the pandemic for only 1% of Americans.