Skullcandy's 'Content-to-Commerce' Model Was Ready For A Crisis 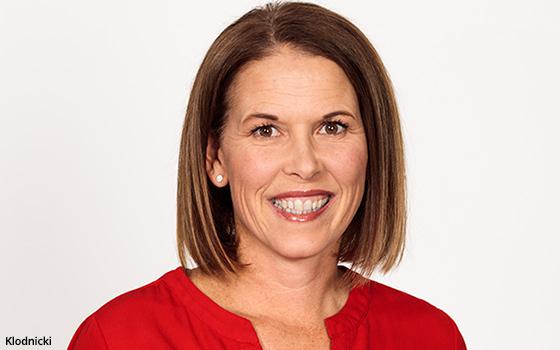 Showing the ROI of elaborate content marketing programs remains one of the biggest challenges for brands and their budgets. And one would expect these to be the first allocations  to go in a downturn like the current crisis. But for headphone maker Skullcandy, its long-planned “Mood Boost” campaign and product releases were eerily well-tuned to the COVID-19 lockdowns. And it was easy to double down on a content-first strategy, company CMO Jessica Klodnicki tells Brand Insider this week. The brand already had in place what she calls a “content-to-commerce” model that connected the dots between brand building and performance. It turns out that getting behind a timely cause while providing customers with positive messages and music has measurable ROI.

MP: Before the crisis how did Skullcandy position itself in the market and allocate its media?

Klodnicki: The brands that we were playing against were Apple, Beats, Bose, and Sony, in that order. We consider ourselves a scrappy underdog. We call our consumer the youthful and adventurous audio consumer by nature of how our brand looks, the fact that we have a skull in the brand. We know they're living and playing on social and digital. That's where we've directed all of our spend in terms of channels and investment.

MP: But are they buying mainly at retail? Is your primary channel still physical retail? How much of it is online?

Klodnicki: Still heavily dependent on brick and mortar. We're a unique brand, we're widely distributed to everything from electronics retailers like Best Buy, mass market retailers like Target and Walmart. But then we're also distributed in places like ski shops at resorts. We also sell on Amazon but we have for the last few years started taking control of our destiny, our own dot-com. So we were well positioned coming into the current environment.

MP: When did you start seeing an impact on the sales side after the pandemic hit?

Klodnicki: We started to feel it almost immediately, particularly where retail is starting to shut down. We're fortunate that we have such a diverse channel mix. But what's helping us weather it is our dot-com business and our retailers' dot-com businesses. When you go to the Target website for some of the long-tail products that they might not carry in store, they carry an extended assortment through this DSV [Direct Ship from Vendor] program — we drop ship to consumers. Programs like that are thriving so there's been some positive points of light within the softness that we've seen at retail.

We had been building for the last two and a half years a program that we call our content-to-commerce program. It was trying to overtly connect the dots between the brand and commerce investments that we're making with our commerce and with the more traditional product marketing and product launches. That formula we've been fine tuning for about the past two and a half years and seeing nice success. We had last year a 170% increase in our e-commerce business year over year. We were well positioned with our own dot-com to support the environment of people shopping from home. 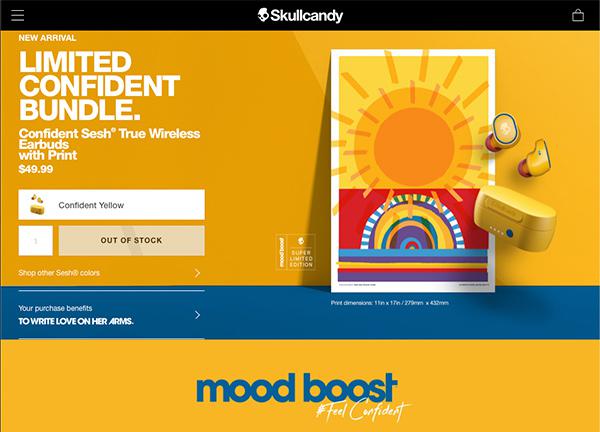 MP: Drill more into using content to drive sales. Was that especially important as the crisis hit?

Klodnicki: Unfortunately, sometimes you see brands that are doing beautiful content, but maybe not necessarily connecting the dots back to commerce. The live stream program was the first time we played with this formula. Because we target young consumers, we have to constantly be speaking to them, introducing them to the brand. It's 25 full-length concerts that we were filming and live streaming from various venues around the country, 30 to 45 minutes in length or more.

But we couldn't just stop there. We were able to build millions and millions of views out of that live stream program. Then we target them with what I would call a more traditional product launch product and product communication. And move them through the funnel, bring them into our website to buy. Throughout the year, we launched new products and retargeted all those consumers we've been talking to on the branded side with our more commerce-oriented advertising.

MP:  One of the big challenges for most content programs is that they stop at brand building, don't have a very effective performance piece to it, and can’t measure ROI.

Klodnicki: My mindset in terms of the P&L and the business is probably a little different than most traditional CMOs. We've had other brands, much bigger than us, ask us, "How are you getting the support of your CEO or CFO year after year?" And honestly, it's because there's a great business model here. We can directly connect the dots back to commerce and back to some material growth for the company. It allows us to keep doing the creative work.

MP: I understand we're in the month of Bliss, according to what you guys are calling your Mood Boost initiative. Explain the Mood Boost plan and and how you were plotting this out before the crisis.

Klodnicki: Our North Star [is] “music you can feel.” We wanted to connect the dots between music and mood and emotion.

We started with some desktop research about our young consumers, Gen Z and Millennials, in particular. We started, unfortunately, to see some disturbing statistics around mental health like exceedingly high rates of anxiety, depression, suicide. Even though we know our place in the world — we know we're just a headphone brand, there's probably only so much we can do about it… we wanted to break up the social media feed and bring a little light and a little bit of boost to a never-ending stream of bad news. The idea was, we're going to keep it totally positive, totally uplifting.

Then the last ingredient and probably the most important ingredient to us. We found an organization called To Write Love on Her Arms — TWLOHA.  [They] present hope and find help for people struggling with depression, addiction, self-injury and suicide. They help point people towards resources to find treatment and recovery. We thought by partnering with them, we could, number one, help shine a spotlight on the issues, shine a spotlight on their organization so that they could help people find the help that they needed and then, of course, we're contributing financially by giving a portion of the proceeds of all those limited-edition products.

MP: You launched on April 1, even though it had been planned long before the crisis. What have your interactions been with consumers?

Klodnicki: The only real tweaks in this particular program [were] just making sure the tone and the copy were acknowledging, not just the larger mental health challenges that are happening in the world but acknowledging the current situation.

In the U.S. in that first month, we had 76 million impressions, 10 million video views, 162,000 engagements. It's already far exceeded our program last year in its first month.

MP: Do you think that's driven mainly by the difference in content as opposed to, say, a different media strategy?

Klodnicki: It's a little bit that we've built up a little bigger base than where we were last year, but the content is just really resonating with people right now and it ended up being really timely.

MP: Do you think brands take themselves more seriously in this way by attempting to get more personal with consumers?

Klodnicki: What we were reading last year is just, unfortunately, young consumers are distrustful of the government in many cases. They're frustrated and they believe brands and companies have the power to change things now and have the power to improve things, everything from climate change to issues like this. They genuinely believe brands have a higher chance of success than relying on what's going on politically, and they expect it. You have to do it in an authentic way, you have to find the cause or the issue that truly runs deep and get them embedded in the organization and really support it.

MP: What have been the biggest lessons that you've learned during this crisis about any of the pieces that touch your own organization, the consumers that you're dealing with, the media channels?

Klodnicki: From an organization standpoint, I would say, man, our team has been super resilient. Every week I thank them because I just can't believe that we literally overnight converted nearly 200 people from the office to working from home, and we really haven't missed a beat. It reinforced for me [that] we decided to build an in-house creative agency close to two years ago and have been building it up ever since. Because we have our in-house team, we were able to pivot immediately. We're making daily and weekly decisions on things. Retaining that agility is a massive lesson.

We started talking to parents with kids at home and people working from home and professionals and a little different and wider group, and it worked for us. Some of that will probably hang around.

The way we operate, we have a return on ad spend threshold. As long as that's above the level where I want it, we keep spending. We've actually been doubling down on the spending during this period, and it's worked well for us. We also control our own media buying so we were able to pivot quickly there.

MP: What are your dominant channels? Is social your lead channel?

Klodnicki: Social and Google, yeah, so Instagram, primarily, and Google search and shopping are the key channels for us. Crazy positive results last week that just were astounding.

MP: What triggered it?

Klodnicki: One, there are a lot of people on social right now, so there's more people just in the channel. Number two, we cast the net a little wider so we decided to open up the aperture and talk to a broader group of consumers than we normally would. And we totally tuned our creative so we, in that spirit of the content-to-commerce marketing that I talked about, in our retargeting ads we completely shifted all of our creative to speak directly to what's going on.

MP: What do you expect is going to change for good out of this?

Klodnicki: Making sure the shopping gets more and more frictionless. We were using Instagram shopping as an example. The less steps ...  people's expectations are getting higher and higher for less friction there.

You can listen to the entire interview in MediaPost's Brand Insider Podcast Episode 4.