Amazon's Ballerina Ad Sends A Messsage For The Holidays 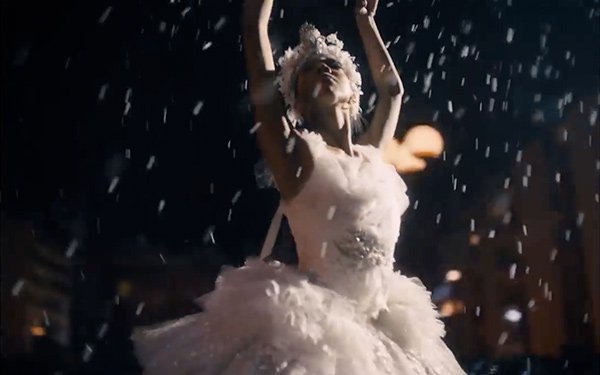 An Amazon Christmas ad stars a ballerina whose show is canceled by the COVID-19 pandemic. The ad sends a message — which integrates diversity — that the show must go on by inspiring the community in which she lives.

As the December holidays approach and COVID-19 cases continue to rise in the United States, there are looming concerns about a nationwide shutdown.

Amazon’s ad opens with a teenage girl played by 17-year-old French ballerina Taïs Vinolo. She has landed the starring spot in her dance academy’s winter show and discovers the good fortune based on hard work.

"When I was growing up in the French countryside, there were no young black girls with hair like mine studying ballet, or even on TV, meaning I had no one to identify myself with,” Vinolo, ballerina and star of the campaign, stated. “Being on this shoot helped so much — enabling me to own who I really am, who I want to be, and what I represent. I am so proud to have been part of this project, since the message of it means a lot to me, and even more so in this very difficult time the world is going through."

The young star practices online with her dance group, as well as in hallway of her apartment complex, in stairwells, and on rainy streets until she receives a notice in the mail that her Academy School of Dance performance has been cancelled by new coronavirus restrictions.

Her family works to make and send invitations to those in the apartment complex, inviting them to an outdoor performance. They order equipment from Amazon to help her achieve this dream in front of a live community audience outside.

The campaign features an original arrangement of the classic song "The Show Must Go On" by Queen. It was shot by award-winning director Melina Matsoukas, whose previous directing credits include music videos for Beyonce’s 'Formation' and Rihanna’s 'We Found Love,' and the movie, "Queen & Slim."