Turns Out Context May Be King, After All 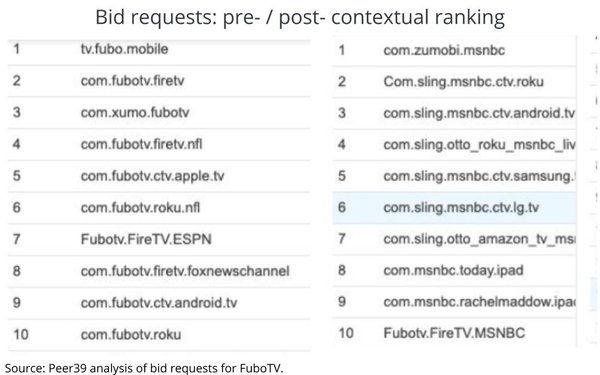 Among the many solutions being proffered for the ongoing deprecation of the cookie isn't a new, even more nefarious method of scraping or inferring people's identity, but returning to a tried-and-true method of targeting people based on what interested them to land on a piece of content in the first place: its context.

Contextual targeting makes sense for a lot of reasons that go beyond being a simple workaround for the deterioration of so-called "behavioral targeting" -- which might better be described as identity-targeting -- because it shifts the focus back to the sugar, no the flies.

And because it works and is very efficient, sidesteps the potential liabilities and negative associations of identity-based targeting, and perhaps most importantly, elevates the role of the publisher's content that attracts valuable consumer prospects in the first place.

Or as I have been hearing time and time again for the past several months, after you get through the multivariate processes involved in targeting people's identities and behaviors -- disclosures, opt-ins, regulatory compliance, data acquisition (first-, second- and third-party), data analytics, lookalike targeting, attribution, etc., -- the juice you get from identity-based targeting just may not be worth the squeeze.

That certainly seems to be the belief of some of the biggest marketers of the world, which have been shifting back to contextual for years. But then again, you don't need the fidelity of an individual person's signal to sell soap or toilet paper, do you?

For those marketers and brands targeting people on more of a one-to-one, or personalized basis, the challenges of shifting to contextual may seem greater -- and for them, it may ultimately come down to the degree of signal-to-noises they want to put up with.

But I, for one, would like to hear from any readers who can convince me why marketers are better off going down a daisy-chain of solutions to get at an identity that can be targeted based on the probability that's not even who the marketers thinks they're reaching in the first place. As always, you can let me know at joe@mediapost.com, and I'll gladly hear your pitch and consider a story or a column based on it.

Meanwhile, I think we're approaching a serious inflection point for audience targeting, as the apex medium -- TV or television-like proxies via connected TVs -- go down the identity-based rabbit hole.

It's already happening via a host of ACR and other solutions, and regulatory considerations aside, I have to offer you one of the simplest tests I heard during my coverage of the recent i-com Global Smart Data Summit: How would you personally feel about being targeted that way?

So what's the point of the data depicted in the graphic above? Well, it's a simple example of how different the world looks when you put a contextual filter on it, courtesy of the folks at Peer39, which it just so happens is rolling out a contextual targeting system for acquiring CTV inventory.

That data ranks how programmatic bid requests would look for FuboTV coming from DSPs organically vs. how they would look ranked based on contextual targeting.

It's not just that they look different, says Peer39 COO Alex White, but that contextual targeting is accurate, efficient and doesn't have nearly the baggage of identity-based targeting.