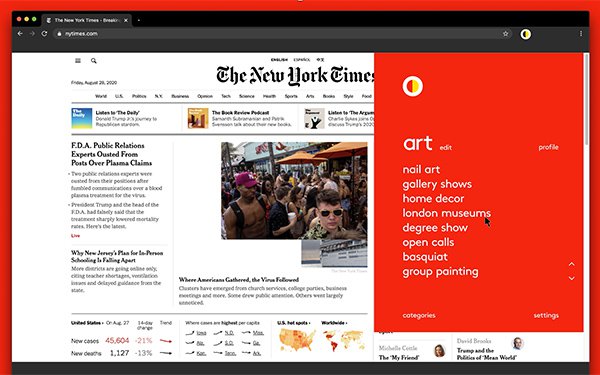 London-based tech entrepreneur Lee Henshaw, founder of Silence Media -- a digital advertising consultancy that helps brands grow advertising campaigns and media buying -- is building a platform to do this -- as well as the company he calls Into-It.

The company is scheduled to launch in the U.K. and the United States in the mid-first quarter of 2021.

The goal is to help advertisers find new customers and keep the existing, selling page impressions on a CPM model. For publishers, it helps to bring in “ad blockers from the cold in the same way Spotify brought illegal downloaders in from the cold,” Henshaw says. “It also will take advertising revenue from Facebook and Google, because it will prove better for advertisers and consumers, giving them an advertising experience they’re interested in."

Henshaw says the technology responds to consumer intention, rather than relying on guesswork through artificial intelligence and other technologies. About one dozen advertisers have signed up and several publishers. He plans to announce the list after the New Year.

“We can have a future where we choose the ads we see, rather than let technology choose them for us,” Henshaw said. “We don’t need any more data than someone telling us these are the products they intend to buy.”

Into-It is working with Hackmasters, a London-based information technology and services company, to build an ecosystem that allows publishers to connect advertisers with people who intend to buy their products. Henshaw said it looks similar to today’s programmatic technology, but it’s different in that it uses consumer intention rather than guesswork to deliver ads.

“We can bring in ad blockers from the cold in the same way Spotify illegal downloaders into the cold,” he said, “It also will take advertising revenue from Facebook and Google.”

GroupM released data estimating about $110.1 billion of U.S. ad spend this year in the U.S. will go to digital platforms, with the majority going to Google, Facebook and Amazon.

“Advertising has gone too far in the wrong direction,” he said. “It’s why Netflix made a documentary like the Social Dilemma, and why Sophia Noble wrote a book called Algorithms of Oppression.”

Henshaw said unlike Killi, which launched Paycheck, an opt-in re-occurring weekly payment system that supports data sharing, his company Into-it will never pay consumers to view ads, because “they’ll look at it for the wrong reasons.”

“I’m scratching an itch,” Henshaw said. “I started thinking about The Intention Economy and what that might mean for the advertising industry back in 2015.”

The idea for the Into-It advertising model came from Doc Searls’ book, The Intention Economy. His wife, Joyce Searls, now sits on Into-It’s advisory board.