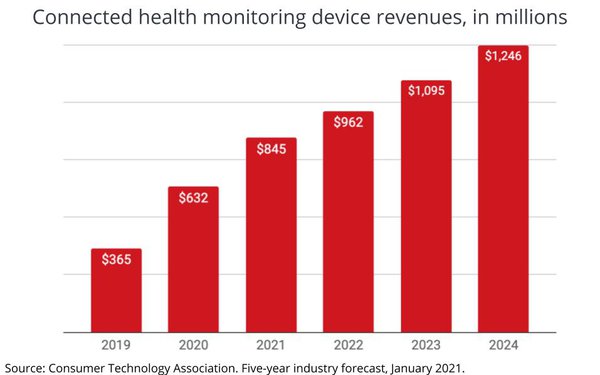 In a CES opening day briefing, the Consumer Technology Association's (CTA) top researchers made the case that the COVID-19 pandemic was a boon to the acceleration of many consumer media technologies, including the so-called "connected health" category -- unveiling fresh data indicating that shipments of remote health-monitoring devices soared 73% from 2019, and are on track to jump another 24% this year.

While relatively small in terms of overall revenues by consumer electronics standards, the CTA researchers cited it as a visceral example of the accelerated role that technology is playing in a post-pandemic world to keep people safe, healthy and connected.

While no new data was disclosed explicitly for other related categories, the team cited everything from robotics and drones to "smart cities" and "smart buildings," as well as wearable devices as technology enabling people to remain safer in he era of global pandemics.

"Technology innovation rushed in to provide a myriad of solutions," asserted CTA Vice President-Research Steve Koenig, citing a quote from British economist Christopher Freeman to sum up the overall impact of the pandemic on the consumer electronics industry:

"Innovation accelerates and bunches up during economic downturns only to be unleashed as the economy begins to recover, ushering in powerful new waves of technological change."

He also cited a quote from Microsoft CEO Satya Nadella to back that point up: "We’ve seen two years’ worth of digital transformation in two months."

Among the even newer and improved innovations on display at this year's virtual CES conference are "smart masks" that can actually sense the environment around people for potential pathogens and pollution, and help them with air quality and breathing.

On a more conventional note, Koenig said televisions -- a mainstay of CES of old -- are still a major draw, and they are bigger and have more resolution than ever, including two new categories described as massive "ultra large" screens and 8K resolutions ones that are double the resolution of 4K versions. 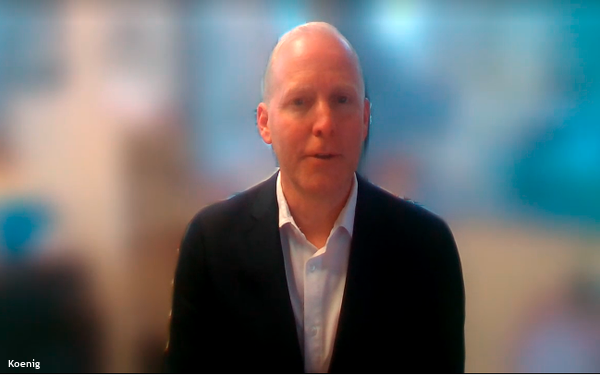