At CES, Shape Of Phones Is Going Through Another Change 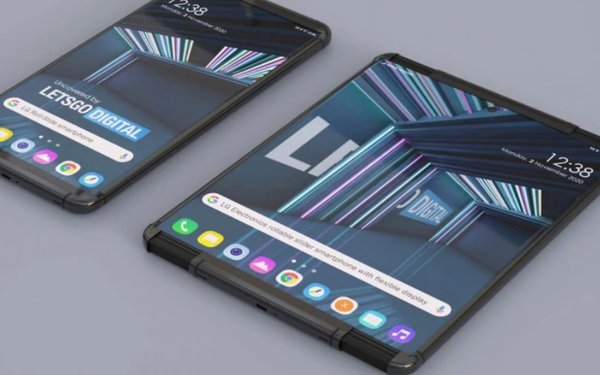 At the CES virtual show, going on now online instead of in Las Vegas, electronics company LG is showing off its new LG Rollable that a user can slide into a larger tablet-like screen.

Slide, roll, whatever. It seems to grow like a sponge does when it’s first dampened.

The Rollable isn’t out yet, but it’s expected to be on the market at some point this year, according to several tech websites that attended LG’s press event on Monday.

The launch of this phone shape has been rumored for a while, and other smartphone makers, including Samsung, are reportedly also said to be working on their own.

The Rollable would join LG’s Wing phone, released in September, which allows a user to swivel the top part of the phone into a horizontal position so that the resulting device is in the shape of a T, allowing the horizontal top to be used for videos while the bottom part can be used as a keyboard or other functions.

Like futuristic cars at auto shows, CES and other tech shows worldwide show off products that are coming soon -- and others that may be launched in some form, at some point. Or not.

At CES, Samsung showed off a few robots, Bot Care and Bot Handy.

The latter was put through its paces loading a dishwasher, but as the website TechCrunch points out, while Samsung said those two robots are coming in the “not too distant future,” the introductory video’s “small print at the corner of the screen said ‘This robot is undergoing research and development, and is not yet for sale.’ “

Even some of the stuff that is for sale is priced in a way that makes it not really for sale -- at least for ordinary folks. PCMag reported that LG has exhibited a “rollable OLED [for organic light-emitting diode] TV” at CES shows since 2014 and reported last October that seven extremely high-end stores  in South Korea are now finally  offering a 65-inch model . . . for $87,000. It comes in a brushed aluminum casing that can be engraved.

Of course, products for mere mortals are introduced at CES. Samsung rolled out its Family Hub refrigerator in 2019. It’s a fridge with a giant screen and Samsung’s own Alexa-like assistant, Bixby, with links to dozens of apps from FreshDirect to Uber. At the 2021 CES,  Samsung announced its SmartThings Cooking app that recommends recipes based on your tastes, and sends instructions to synced Samsung cooking devices.

So the Family Hub refrigerator can order food and Samsung’s Front Control Slide-In range can preheat the oven to the right temperature. Then SmartThing Cooking leads you through the recipe step by step.