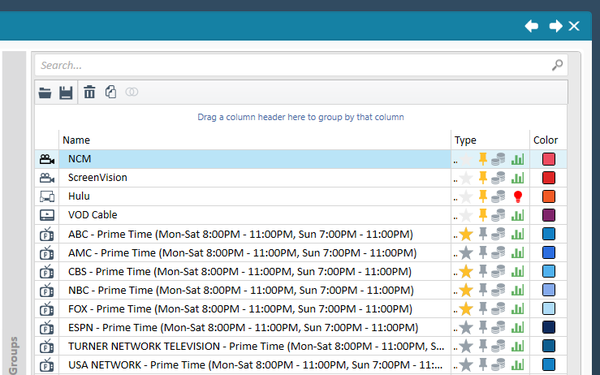 Following one of the worst years for any ad-supported medium -- including a surprise year-end announcement by Nielsen that it was abandoning its U.S. audience measurement service -- the cinema ad industry is getting a positive start to 2021, announcing a new and much improved measurement service.

Importantly, the new service developed by independent research provider Epicenter Experience, will be integrated into Nielsen's dashboards (see above) and printed reports so that advertisers and media planners and buyers can assess cinema advertising options, as well as their reach and frequency, alongside conventional linear TV programs and nonlinear VOD ad streaming options, too.

Equally significantly, the service utilizes a much more robust methodology -- people's mobile devices -- and a much larger sample of opt-in respondents to provide a stronger currency for advertisers and agencies to measure their return on advertising spending.

Best of all for the U.S. cinema ad industry, it brings together its two main rivals, National CineMedia (NCM) and Screenvision, who partnered on the deal to utilize Epicenter as the medium's new advertising currency.

"It's great when your competitors are friends," NCM President Cliff Marks said, referring to Screenvision CEO John Partilla, both of whom cut their teeth at Young & Rubicam and have worked together in the past.

They said it was a no-brainer to collaborate on an industry solution, and alluded that while Epicenter is initially being announced as the one for cinema advertising, it will likely play a role in other digital place-based advertising networks.

After Nielsen pulled its plug in September 2020, Digital Place-based Advertising Association (DPAA) President-CEO Barry Frey said his membership, which includes NCM and Screenvision, were already working on a better solution, and the trade association is expected to announce other members will use it as well.

Marks and Partilla said while the integration into Nielsen's audience data systems is important, the superior methodology is what makes Epicenter a leap forward for cinema advertising.

"First of all, we go to a larger monthly sample, almost double," said Partilla noting that the Epicenter panel is comprised of 2,400 respondents vs. 1,400 for Nielsen's defunct audit-based service.

Equally importantly, he said the fact that respondents are utilizing a metering system integrated into their smartphones means they can be "geofenced" so that researchers can determine not jus whether they were sitting in a theater when an ad played on the screen, but where they were before and after the cinema advertising experience.

"We have the ability to track outcomes," he said, noting that the Epicenter service can track what retail locations and other services its panelists travel to before and after being exposed to cinema advertising.

Both Partilla and Marks acknowledged the new audience measurement service won't be a panacea for cinema advertising's problems, and that it will take a while before theater owners and consumers fully adapt to life after pandemic, but they note that the distribution of effective vaccines, coupled with innovations by theater owners such as advanced sanitization and air filtration systems, as well as better seating spacing and logistics, should give theatergoers reasons to return as the year progresses to see some of the major blockbusters expected to be released this year.

In the meantime, both Screenvision and NCM have dramatically expanded their own inventory beyond theaters to include drive-ins, a well as a wide variety of other place-based and mobile and online digital advertising, creating their own unwired ad networks of sorts.

While they said they will continue to diversify, the theater-going advertising experience will remain their core proposition, mainly because it delivers a uniquely captive and engaged audience that cannot be duplicated in other video advertising platforms.