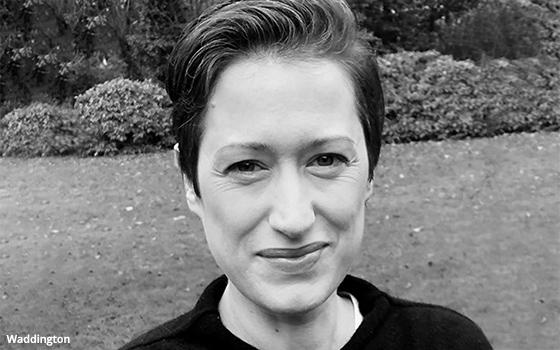 It’s probably one of the more strategic new hires that Captify, a search intelligence company, can make as Apple moves to strengthen its privacy policies and Google sunsets support for third-party cookies on Google Chrome.

Captify on Monday will announce the appointment of former LiveRamp Amelia Waddington to global vice president of product, to oversee the company’s roadmap.

Waddington brings to Captify nearly a decade of experience in data science, machine learning and analytics driving product strategy and vision. Most recently she worked at identity management company LiveRamp. That’s where she supported clients as head of measurement and data science product.

There’s a clear thread from Waddington’s passions to working at Captify. She joins the company as it launches a self-serve stand-alone cookieless platform, fueled by proprietary semantic technology that turns natural-language search data into audiences and insights.

At the University of Leeds, Waddington studied cognitive science, a mixture of computer science, psychology, and philosophy — all related to the study of the mind, Waddington said. Then she continued on to earn a Ph.D. in computational neuroscience, which is understanding how brains evolve.

“Whether neuroscience, biology or advertising, it’s all about finding patterns in the data, and turning the raw data into information and understanding,” she said.

The elimination of the third-party cookie comes at a time when advertisers and publishers really need to understand intent. Captify’s long-standing first-party publisher integrations are the foundation for its privacy-first, onsite search data platform and ecosystem, which when combined with its cookieless Semantic Technology, says it delivers intent with consent.

It’s increasingly difficult for marketers to understand what customers do off their brand’s properties. “The products that will become more successful in marketing will allow them to bring in data to determine what they feel and think” -- something Captify does, she said.

The biggest challenges come to those brands that do not own the complete customer journey. This, she said, is where Captify’s technology makes it easier.

Privacy will change the underlying mechanism for some of Captify’s products, but it’s one of the more exciting things to become part of now, she said.

“Privacy is a big change and it’s right for consumers,” Waddington said. “Our business model will work on the other side of this change, unlike some of our competitors.”