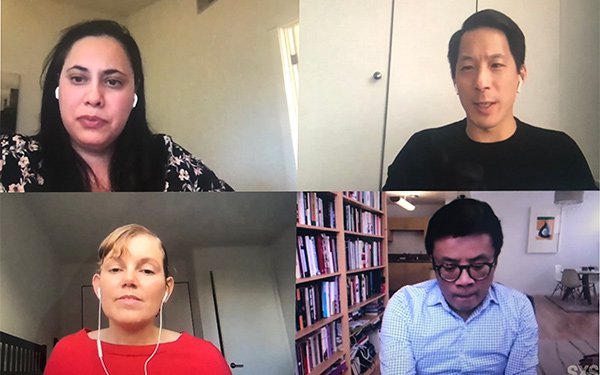 Local and national news organizations — online and offline — continue to dominate media headlines as Google, Facebook and others grapple with the challenge of how to compensate publishers for their content.

From the implosion of classified advertising to the domination of digital advertising, the real tragedy involves the small newspapers online and offline that continue to disappear at an alarming rate.

Publishers are trying to reinvent themselves. At the first virtual 2021 SXSW event on Wednesday, Michael Luo, editor of newyorker.com, led a discussion with journalists working at local newspapers to get their perspective on the rapidly shrinking industry and the diminished coverage of vitally important beats that hold local governments, elected officials, and businesses accountable.

A report published last year by a small paper in North Carolina reported that in the past 15 years, 2,100 local newspapers have disappeared. COVID-19 has accelerated this trend. At least 30 newspapers closed in 2020 and thousands of journalists lost their jobs, Luo said.

Panelists, who include journalists from local papers, said the challenges are varied -- starting with how to bring back the dollars that once relied heavily on advertising to increase readership. As the publisher attempts to determine how to achieve this, it can disappoint some of its most loyal readers who still subscribe and pay money for the content. In Texas, for example, a strong investigative paper covering the southern border doesn’t exist, one panelist said.

Mandy Jenkins -- a journalist who has had to start thinking like a businessperson -- launched Mahoning Matters in Youngstown, Ohio in October 2019 after local paper The Vindicator was sold. Jenkins said the majority of the staff transferred over to this new community paper. Partial funding was provided through the Compass Experiment, a local news laboratory founded by McClatchy and Google to explore new sustainable business models for local news.

It’s one thing to hire a great staff that creates great news, she said, and another to gain the trust of local audiences, fills the gaps in the market, and meet businesses and potential donors.

“There’s not a big reliance on programmatic ads, which is the easy thing to do when you get in and start a startup business,” she said.

It’s not a non-profit, but the most promising revenue stream for small publishers points to a “giving program” from readers. “I won’t call it a membership program, yet,” she said. “But we want to turn it into that.”

Working with local foundations that have not traditionally given to news organizations is another way.