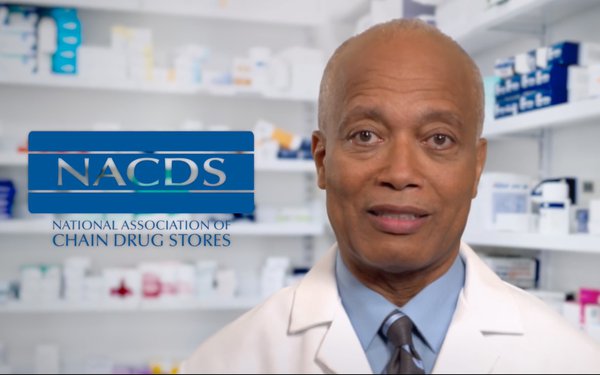 Retail pharmacies may have been late to the COVID-19 vaccination party, but immunization ad campaigns are finally moving into full swing. As momentum grows -- and more doses become available -- chains are taking different approaches to the way they share those jabs, hoping to build a little brand loyalty even as they boost herd immunity.

Target, for example, just announced it is donating $5 million to vaccine efforts, making sure more of the shots go to those in underserved communities. The Minneapolis-based retailer says the new donation is meant to address ongoing healthcare inequities. Much of the gift -- $2.5 million -- targets communities of color, including $1 million in partnership with Lyft to provide rides.

And it includes a $1 million gift for advertising via the Ad Council and COVID Collaborative's PSA efforts.

Walgreens is stepping up its efforts as well. It recently announced the launch of "This is Our Shot," an ad campaign voiced by musician John Legend. It, too, is focusing on more equitable distribution, and partnering with Uber to provide rides to people in underserved areas and encourage vaccination rates.

The Deerfield, Illinois-based retailer, which estimates its pharmacists can give as many as 10 vaccines an hour, is presenting "Roll Up Your Sleeves," an hour-long show scheduled to air on NBC on April 18. Created by ATTN:, it features former First Lady Michelle Obama, as well as playwright and actor Lin-Manuel Miranda. Actor Matthew McConaughey is set to interview Dr. Anthony Fauci, director of the National Institute of Allergy and Infectious Diseases and adviser to the President, discussing ways viewers can separate fact from fiction.

Retail efforts have been underway for some time, with Walmart now giving vaccines in 3,800 stores in 48 states. It's participating in shot clinics outside its stores, too, to reach medically underserved areas. One example: A low-income senior center in Jackson, Mississippi, where it vaccinated some 2,000.

Retailers got a big boost in late March, when the Federal Retail Pharmacy Program doubled the number of participants, from 17,000 to 40,000 pharmacies.

The National Association of Chain Drug Stores has just released a PSA encouraging people to seek out vaccinations. The trade association, which notes 90% of Americans live within five miles of a pharmacy, says "pharmacies conservatively can meet the demand for 100 million vaccinations in 30 days," as long as supplies are available.

Retailers have been especially instrumental in vaccinating teachers and school workers, designated as a priority group. CBS News, citing national union surveys, says 81% of  teachers have either been vaccinated or have an appointment to do so.

Meanwhile, new research shows that more people are getting psyched to get the shot, and fewer people are hesitant. The national poll, from the Kaiser Family Foundation, finds that in March, 55% of Black adults have either been vaccinated or plan to be soon. That’s up 14 percentage points from February. For Hispanic adults, it’s risen to 61%, and 64% for whites.