Federally Legal Marijuana: All About The Beltway -- And The Benjamins 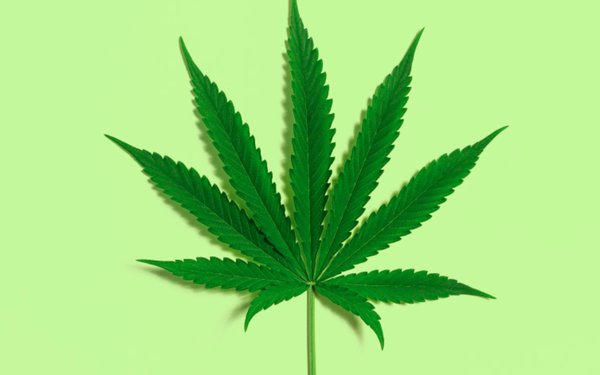 If you think things can’t get any more blurry in the legal marijuana space, it’s high time for a recap.

Let’s decipher the signals emanating from the center of the U.S. financial universe: the Washington Beltway.

Just a few months ago, cheers rang across the land in the expectation that the Biden administration would legalize marijuana—which, like heroin, is still a Schedule 1 drug per the Drug Enforcement Administration.

Schedule 1 drugs have no “currently accepted medical use,” according to the DEA.

At any rate, shortly after Biden took office, his administration did an about-face on its previously stated policy and fired staffers for having used marijuana. For the record, when she was in the Senate, vice president Kamala Harris sponsored a bill that would have removed cannabis from the list of Schedule 1 drugs.

Now to the world outside politics, where CBD and THC—the psychoactive compound in marijuana—are gaining in popularity, particularly when added to beverages.

According to the 2021 MRI-Simmons National Cannabis Study, 25% (30 million U.S. adults) have tried some form of a CBD- or cannabis-infused beverage.

Among cannabis consumers, there’s pretty uniform interest in trying drinks with CBD or cannabis across categories. For example: 52% were interested in tea, 54% in coffee, 50% in soft drinks, 48% in beer/cocktails and 46% in liquor.

A report from Headset last month suggests a potentially broad market for beverages containing marijuana across all demographic segments, based on sales data from California, Colorado, Nevada and Washington.

Moreover, females are more likely than males to buy marijuana-infused drinks across every age cohort—including Baby Boomers and the so-called Silent Generation (those born in the mid-1920’s to the mid-1940’s), according to Headset.

Among the reasons why people are willing to try cannabis beverages is as an alternative to alcohol—a trend accelerated by COVID-19.

In states where marijuana is legal, alcohol sales have dropped since 2006, as reported by The Spokesman Review in Washington State.

This helps to explain why spirits giants like Anheuser-Bush InBev, Constellation Brands, Heineken (via Lagunitas Brewing) and Molson Coors have been making investments in marijuana products in one form or other.

Which brings us back to the Beltway.

Formed last month, the Coalition for Cannabis Policy, Education and Regulation aims to influence marijuana policies on the federal and state level. Its members include Constellation and Molson Coors.

Tobacco companies aren’t standing by idly, either, with the Altria Client Services arm of tobacco giant Altria Group having joined the Coalition. In 2018, Altria took a 45% stake in multinational marijuana company Chronos Group for $1.8 billion.

In a report issued Thursday, Cowen Washington Research Group analyst Jaret Seiberg weighed in on why the Beltway bunch seems to be “too busy” to prioritize marijuana legalization right now.

“Delay also gives Democrats more time to fundraise off of cannabis legalization,” wrote Seiberg. “We don’t say that to be cynical. It is just how Washington works. Bills rarely move too quickly as lawmakers from both parties need to pay for campaigns.”

As someone famous once said, “It’s all about the Benjamins, baby.”